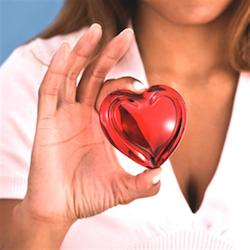 Physicians often split heart disease risk factors into two categories: modifiable and non-modifiable. Non-modifiable risk factors include things that cannot be changed such as age, family history, ethnic origin and gender. On the other hand, modifiable factors represent things that a person generally has some control over. These factors can include hypertension, high cholesterol, physical inactivity, tobacco use, diabetes, poor diet, alcohol consumption, stress, ingesting certain medicines, and being poor (although some would argue that financial status is non-modifiable in certain parts of the world). According to a new report from the American Heart Association, it’s now thought that women and African Americans are more highly affected by the non-modifiable heart disease risk factors. Also, while the gender gap seems to be narrowing, the gap between races may be increasing.

Researchers looked at data for 13,541 individuals. Study participants were examined over four different periods: 1987-89, 1990-92, 1993-95 and 1996-98. At the time, participants were not suffering from cardiovascular disease and were aged 52-66. Over the next ten years, researchers examined how certain risk factors contributed to the development of cardiovascular disease. The risk factors studied included:

Researchers used a metric known as population attributable risk (PAR) to show how the heart disease risk factors contributed to the chances of actually getting heat disease in different groups such as men, women, African Americans and whites. For example, the PAR for diabetes in women was .21, whereas the PAR for men was .14. This means that diabetes is more likely to contribute to cardiovascular disease in women than in men. For high blood pressure, women had a PAR of .32, while men had .19. African Americans had .36 and whites had .21.

The PAR for obesity stayed the same for all groups at .06. There was some good news in that the overall PAR for smoking changed from .15 to .13, while high cholesterol changed from .18 to .09. Researchers indicated that the drop in risk for smoking doesn’t necessarily mean that smoking is becoming less of a risk, however. Instead, it seems to indicate that fewer people are smoking. In fact, heart disease is a bigger risk for smokers overall, due to the fact that people who still smoke often carry other risk factors or smoke more heavily. The drop in PAR for high cholesterol is being partly attributed to raised awareness and more widespread treatments.

Overall, the combined PAR for all risk factors decreased for whites throughout the study, going from .56 to .48. The PAR for African Americans stayed at .67.

What this study essentially means is that women and African Americans are more likely to get cardiovascular disease if controllable risk factors are not managed. According to lead author Susan Cheng, the results indicate that targeted and population-based approaches must be taken as part of the public health efforts to reduce risk. In the meantime, it’s especially important for women and African Americans to take action against diabetes and high blood pressure to prevent cardiovascular disease. The American Heart Association has websites that can help you precisely assess your risk for getting heart disease according to your blood pressure and the state of your diabetes.