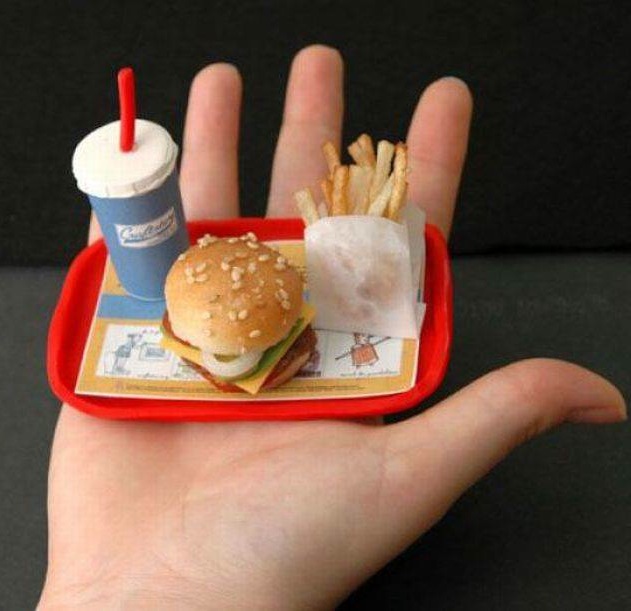 Good news for waistlines, bad news for Ronald McDonald – Americans are eating less fast food than ever before, according to a new study by the Centers for Disease Control and Prevention. Researchers analyzed data from the National Health and Nutrition Examination Survey (NHANES) and found that fast food made up about 11.3% of the average American’s caloric intake in years ranging from 2007 to 2010. Between 2003 and 2006, this same figure stood at 12.8%.

When the findings were broken down by gender, men turned out to be bigger fast food eaters than women – but not by much. Men get about 11.8% of their calories from fast food chains, while women get about 10.9% of theirs from the same. Study researcher Cheryl D. Fryar of the National Center for Health Statistics said the decline is significant, but that more work remains.

The NHANES-based study found that people between the ages of 20 and 39 consume more fast food than people in any other age group. Among people of this age, blacks get about 21% of their daily calories from fast food restaurants, while Hispanics and whites receive about 14.5%.

By comparison, the next age category up – those ranging in age from 40 to 59 – is much less reliant on fast food for their daily caloric intake. People in this age group get between 10% and 13% of their daily calories by munching on burgers, fries and nuggets. For people over the age of 60, only 6% of daily calories are consumed in the form of fast food on average.

It’s easy to see why fast food could make up a large portion of a person’s average daily caloric intake, even if they don’t eat fast food on a daily basis. According to a 2009 study published in Obesity, the average lunch purchased at a fast food restaurant in New York City weighs in at a whopping 827 calories. About 33% of the lunches were over 1,000 calories. One pound of body weight is equivalent to 3,500 calories.

The Dangers of Too Much Fast Food

Occasionally indulging in a snack or meal at a drive-thru isn’t going to have a drastic impact on your health so long as you’re maintaining healthy habits overall. But what if you consume fast food on a regular basis? According to a 2012 study conducted on Chinese adults and published in Circulation, people who eat fast food twice weekly are 27% more likely to develop diabetes and 56% more likely to die from heart disease as compared to people who never eat fast food. The risk of dying from heart disease rose to almost 80% for those who consumed fast food four times per week.

Another obvious danger of excessive fast food consumption is weight gain. According to a 2005 study published in The Lancet, people who consumed fast food twice per week over the course of 15 years gained about 10 pounds more weight than individuals who only ate fast food less than once per week. The people who ate more fast food also experienced twice the increase in insulin resistance of people who ate less fast food, putting them at greater risk for diabetes.

Fast food consumption in America is on the decline, but many people – especially younger people – still get far too many of their daily calories from fast food, according to a new study. The dangers of eating fast food regularly include increased risk for obesity, diabetes, heart attacks and other potentially life-threatening conditions.

The full text of the study can be found at the website of the Centers for Disease Control and Prevention.