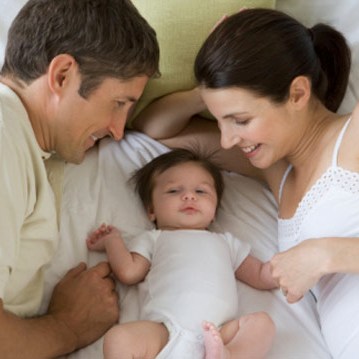 Most of us, if not all of us, have been touched by someone that we knew that has passed away. Be it a relative, a coworker, a close friend, or even an acquaintance of an acquaintance, death is very real and, in fact, inevitable. However, there are lifestyle choices that we can make, implement into our daily lives, and live a healthy, active, and long life.

More specifically, we can choose, as individuals, to regularly partake in a variety of physical activities, consistently consume high quality well balanced whole foods, and make sure that we receive plenty of rest, relaxation, and sleep. By implementing these three broad items into our daily lifestyles, with a high level of regularity, we are able to provide our bodies with the ability to combat the leading causes of death and hence, live a long, healthy, and prosperous life.

The United States Centers for Disease Control and Prevention (CDC) recently published their composite list of the most common causes of death for Americans. The list, which is based on data collected in 2008 (the most recent year for which data was available), serves to indicate the biggest and most deadly health problems facing the United States today. Interestingly, the list looks quite different than it did just one year earlier, when data was collected in 2007.

The Top 10 Causes of Death for Americans

Unsurprisingly, heart disease remained the leading cause of death in the list, with cancer coming in a strong second (note that all types of cancer are included in this designation). Chronic lower respiratory diseases such as emphysema and chronic bronchitis came in third place, rising from fourth place the year before. Strokes fell from third place to fourth place for the first time since the mid-1950s.

Finally, filling the 10th position, was suicide. This spot was previously occupied by a bacterial infection called septicemia the year before.

The CDC researchers noted that the causes are considered broadly. If lung cancer received a category of its own, for example, it would rank third on the list of top causes of death. If automobile accidents were considered separately, they would rank 10th on the list.

What’s Up and What’s Down

The other seven causes of death increased in prevalence between 2007 and 2008. Most alarmingly, deaths from Alzheimer’s disease and lower respiratory diseases rose by 10.5% and 10.3%, respectively. Meanwhile, influenza/pneumonia and suicide made leaps as well, rising by 6.8% and 4.2%, respectively.

Data Based on All Death Certificates

The CDC study is highly conclusive as it’s based on all death certificates filed in 2008, from all 50 states as well as Washington D.C. The report itself was authored by Melonie Heron and other researchers at the CDC’s vital statistics department.

Leading Causes of Death in U.S.: The Bottom Line

The Centers for Disease Control and Prevention recently released a report detailing the most common causes of death in 2008. Heart disease, cancer and chronic lower respiratory diseases rank among the top 3.

The full text of the report is available as a detailed PDF file at the website of the CDC.