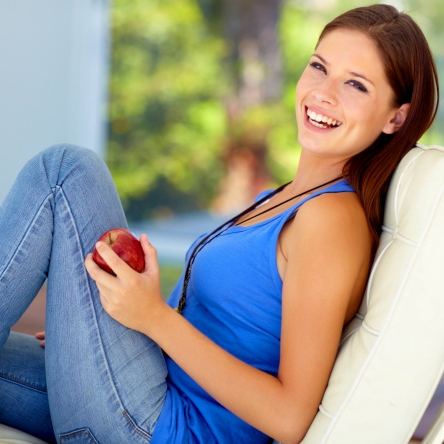 For anyone who has smoked cigarettes for an extended period of time, most likely, you are familiar with just how hard it is to quit.

Because of this, most individuals that try to quit smoking find it to be quite challenging. However, there are approaches that have been proven to increase the success rate of successfully quitting cigarettes, for once and for all.

In fact, according to a recently published study, there are certain foods that can assist you in successfully giving up cigarettes specifically, fruits and vegetables.

During the study, the smokers who consumed the largest quantities of vegetables and fruits were three times as likely to kick the habit, for a minimum of 30 days, when compared to the individuals who ate the smallest quantities of the same types of fruits and vegetables.

The researchers behind the study are confident in their findings because they accounted for a number of factors that could’ve influenced the results, such as gender, age, education, income, race and lifestyle choices such as illicit drug use, alcohol use and exercise frequency.

In the study, Jeffrey P. Haibach and a team of other researchers from the University of Buffalo surveyed approximately 1,000 smokers with a minimum age of 25. The individuals were surveyed over the phone. After 14 months, the researchers surveyed the smokers once again to determine whether they’d used any type of tobacco over the past month.

All of the participants in the study had smoked at least 100 cigarettes over the course of their lives. They were also daily or occasional smokers when the study first began.

In addition to being three times less likely to have a nicotine addiction at the time of the second survey, those who consumed the most fruits and vegetables:

Why Do Fruits and Vegetables Help Smokers Quit?

So far, the researchers aren’t sure why eating fruits and vegetables seems to have such a marked effect on smoking cessation success rates. So far, they theorize that individuals who consume plenty of vegetables and fruit may have a lesser dependence on nicotine, or a lower urge to smoke.

They also mentioned that vegetables and fruits tend to have a lot of fiber, which creates a sense of fullness when eaten. Since smokers often have a stronger urge to smoke when they feel hungry, eating fruits and vegetables may eliminate hunger and subsequently the urge to light up.

Finally, Haibach said that vegetables and fruits may make cigarettes taste worse than they do normally. This separates them from other foods such as alcohol, caffeinated beverages and meat, which some say improve the taste of tobacco.

Haibach was quick to point out that his study showed a link of association but not necessarily causation. In other words, eating fruits and vegetables is associated with a lower rate of smoking addiction, but not necessarily the cause of quitting smoking. Haibach said that future research will aim to confirm the link and deduce exactly why fruits and vegetables seem to be a powerful smoking cessation tool.

Foods to Help You Quit Smoking: The Bottom Line

Eating lots of fruits and vegetables could make you three times more likely to successfully quit smoking, according to a new study be researchers at the University of Buffalo. The full text of the study is available online in the medical journal Nicotine and Tobacco Research.