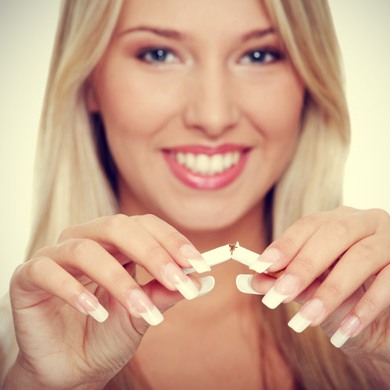 For many individuals, quitting smoking can be extremely difficult, especially for the remainder of their life. While there are several approaches, techniques, and even products that are designed to assist smokers in quitting the habit, each individual needs to take the time to determine which approach is best for them. So if you have been trying to quit smoking, you may have been discouraged by recent news headlines suggesting that smoking cessation aides such as nicotine gum and nicotine patches are ineffective when it comes to kicking the habit for good.

Fortunately, a more recent nicotine patch success rate study by researchers at St. Louis, Missouri’s Washington University indicates that these types of smoking cessation products may indeed be effective for some smokers, given that they possess certain genetic variations.

In the study, Dr. Laura Jean Bierut and a team of other researchers analyzed 1,000 participants in person and another 5,000 participants remotely through a survey. The subjects involved in the clinical study used the assistance of medication in order to attempt to quit smoking, while the individuals in the survey group responded to questions regarding the smoking cessation techniques they used. The researchers then used DNA tests to gather genetic information pertaining to the subjects, and matched the successful quitters with their genetic data.

After analyzing the data, the researchers found that subjects with a certain genetic variation smoked for an average of two years longer than subjects lacking the genetic variation. However, these exact same individuals were also three times as likely to be aided by nicotine patches, nicotine gum and other similar smoking cessation products as those with other genetic variations.

Additionally, the researchers also stated that the same genes that make individuals more susceptible to a nicotine addiction may also make them more receptive to nicotine replacement therapies. Finally, they said that individuals lacking this genetic variation should look to other methods of smoking cessation, such as specialized counseling with a doctor.

Study author Bierut says that the findings of the study should lead to improved customization in treatments designed to assist in quitting smoking, given that one group responded to pharmacologic treatment and that the other did not. The researchers also noted that the genes involved in this particular genetic variation may play a key role in our developing understanding of nicotine addiction, and that more research should be devoted to these specific genes.

Today, smoking remains the leading cause of preventable death in the United States, with 443,000 annual deaths. Cigarette smoking is known to cause lung cancer and other forms of cancer, as well as various other lung and cardiovascular diseases. If you’re struggling to quit, it’s advisable to seek the help of doctor to help determine which cessation methods may be most applicable to you.

Researchers at Washington University have discovered that individuals with a certain genetic variation are more likely to become addicted to nicotine, but also more likely to effectively stop smoking with the help of nicotine replacement therapies such as nicotine gum and nicotine patches.

The full text of the study can be found online in the American Journal of Psychiatry.