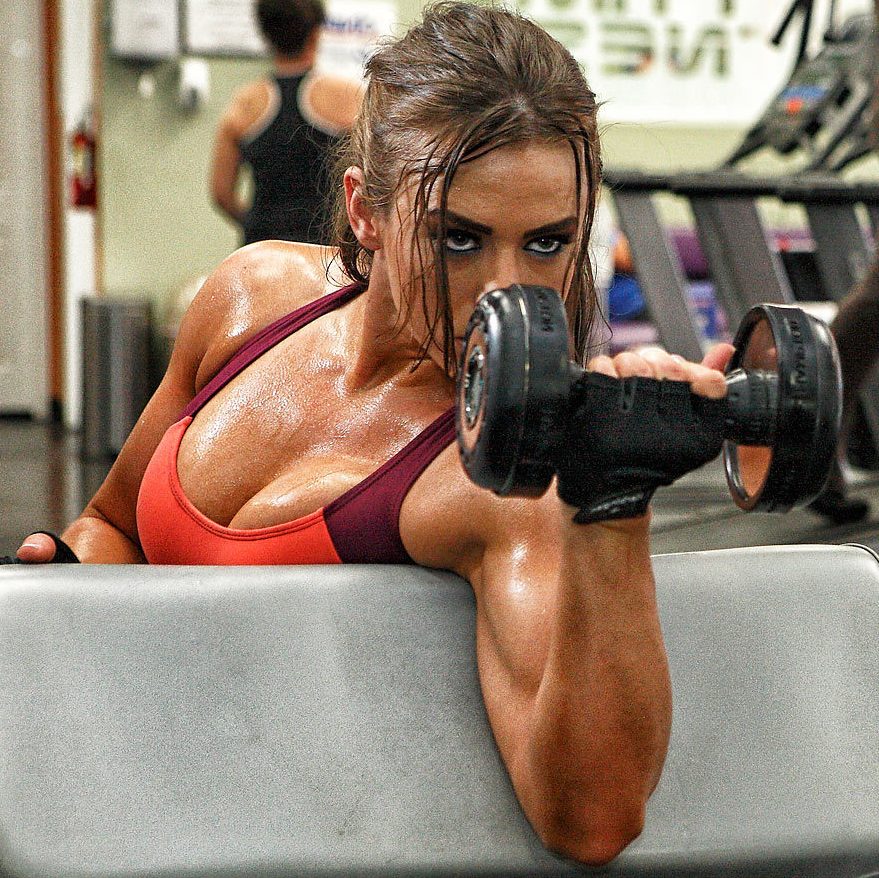 Significantly increasing lean muscle tissue is a combination of several disciplines and requires a high level of focus, effort, dedication, and knowledge.

The three primary factors that are required to promote serious gains in muscle density are regularly performing your strength training routine with a high level of effort, consuming well balanced protein rich foods day in and day out, and receiving plenty of sleep to allow your body to repair the muscle tissue that was damaged, torn, from the workout.

Further, when it comes to strength training, the conventional wisdom is that smaller amounts of weight should be used for toning and sculpting, while heavier weights are more appropriate for creating large gains in muscle mass, density and strength.

However, a new clinical study that was recently published concluded that regularly lifting lighter weights to increase your lean muscle tissue density, size, and mass can occur at the same rate as if you were consistently lifting heavier weights.

The study, conducted by McMaster University, found that the secret to building muscle may have little to do with how much weight you’re actually lifting per repetition in a set of exercises. According to researcher Stuart Phillips, a kinesiology professer at McMaster, gains in muscle mass and density mostly depend on achieving a state of total muscle fatigue, in which you lift a weight (of virtually any size) until you can’t lift it anymore.

Phillips said that his team is “convinced” that building muscle is primarily about stimulating existing muscle to manufacture fresh muscle proteins, which occurs over time as the body repairs the damage done to muscle tissue by strength training. Whether you achieve complete muscle fatigue by lifting heavier weights over a shorter duration or lighter weights over a longer duration shouldn’t really matter, according to Phillips, so long as the result is that you can’t perform another rep at the end of your set.

As the participants were tracked over time, it was found that their muscular gains were similar regardless of whether they performed several reps with lighter weights or fewer reps with heavier weights.

Phillips said that the findings of the study should prove useful to hardcore strength trainers, who may feel more justified in mixing up their weight lifting routines to include higher-rep, lower-weight sets, which have less impact on the bones and joints.

However, he said that the real beneficiaries of the study are those with less or weaker skeletal muscle mass to begin with, including those recovering from illness or surgery, cancer patients, the elderly and individuals who have lead a chiefly sedentary lifestyle until now.

Regardless of the findings of the admittedly-small study, it’s important to note that heavy-weight strength training still has unique benefits aside from simple gains in muscle mass and density.

When you lift heavy weights, your body produces and releases powerful endorphins that relieve pain, clear your head and improve your overall sense of well-being. Lifting lighter weights for more reps doesn’t result in the same endorphin levels, even when you achieve total muscular fatigue.

Still, if your goal is simply to gain muscle, you might consider lifting small weights and more reps the next time you’re at the gym. Regardless of how you arrive at your destination, the destination should remain the same: complete muscular fatigue.