How to Eat Enough Protein Without Breaking the Bank 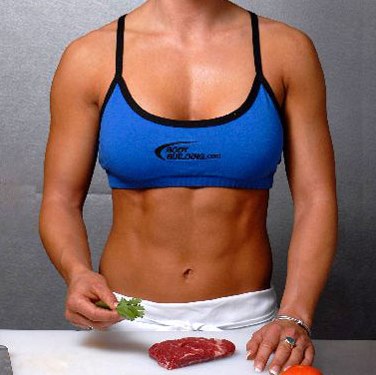 For many people, creating a healthy dietary regimen can be a difficult balancing act with an assortment of separate challenges: healthy, nutritious food typically costs more than processed, unhealthy food, despite often looking less immediately appealing or easy to prepare when you open the cupboard to start cooking dinner.

To compound matters even further is the fact that grocery prices have risen by up to 4% over the course of 2011, with similar price increases expected to continue through 2012, according to the United State Department of Agriculture (USDA).

Getting enough daily protein on a limited financial budget can be especially difficult with meat already costing far more per pound than items such as vegetables, fruits and grains.

From August of 2010 through August of 2011, the average prices of pork and beef rose by 7.5% and 10%, respectively, making it even more challenging for the average household to receive their suggested daily values of protein in this unstable economy.

Fortunately, there are a wide variety of ways of getting enough protein on a budget. In order to do so, however, you may need to look beyond the meat aisle. Although such a prospect may be largely unfamiliar to the average American, it’s a practice that’s already been adopted by much of the world. Here are six foods for high protein on a low budget:

It seems that the consensus on eggs changes in the eyes of nutritionists every few years. Depending on who you ask, eggs could be a nutrient-rich superfood or an artery-busting cholesterol bomb, practically deadly when eaten too regularly.

However, modern nutritional science is busting plenty of myths on one of nature’s greatest gifts to healthy eating. Although egg yolks do contain relatively high levels of cholesterol, both the yolks and whites are packed with protein and other important nutrients.

And despite the fact that eggs have risen in price by almost 15% in recent years, they’re still one of the cheapest ways to add protein to your diet at under two dollars per dozen. Perhaps best of all, eggs are filling, easy to prepare and highly versatile, making them a staple of any health and budget-conscious consumer’s refrigerator.

If you currently have high cholesterol, it’s perfectly fine to forgo the yolks in favor of egg whites, which contain plenty of protein of their own.

Tofu, an internationally popular meat alternative made from soybean curds, has a bad reputation in much of the United States for being flavorless in comparison to its animal-derived counterparts. However, many foodies agree that tofu can be delicious when prepared properly as an addition to stir-frys, smoothies or other dishes.

Tofu is a complete protein that’s surprisingly affordable. It packs a real nutritional punch, considering that a 3.5 oz serving contains 8.1 grams of protein in addition to about 35% of your daily calcium and 42% of your daily iron.

Beans and rice, rice and beans. The two are paired together so frequently in traditional dishes that it can be difficult to mention one without thinking of the other. Nutritionists understand the reason for this: beans are packed with protein, but the protein is incomplete (meaning it doesn’t contain all nine of the essential amino acids our bodies require, while meats such as beef and pork do). The remaining essential amino acids, of course, are contained in rice.

When eaten together (yum) or at least within two or three hours of one another, beans and rice make for a highly nutritious, low-cost meal staple that’s easy to prepare and provides a long-lasting sense of fullness.

Quinoa (pronounced “KEEN-wah”) is an unusual crop, commonly regarded as a grain but not a “true grain” due to fact that it isn’t part of the grass family, whose seeds can be prepared and eaten in a similar fashion to rice. Quinoa is rare among plants because it represents a complete protein much like oats and unlike rice and wheat.

Although you may have to do a little searching to find quinoa at your local grocer (it’s relatively unusual but not hard to find by any means), one glance at its nutritional profile should have you clamoring for this highly-versatile food. In addition to 14 grams of protein, a 3.5 oz serving of quinoa contains over half the daily recommended value of phosphorous, magnesium and folate. It’s also rich in nutrients such as zinc, iron and vitamins B1, B2 and B6.

In fact, quinoa is so versatile, nutritious, sustainable and stable (it can be left in open air without rotting for up to a month) that NASA is currently considering it as a primary dietary staple for long-term manned space exploration.

Although they may not be as interesting or exotic as quinoa, common dairy foods such as cottage cheese, yogurt and milk are easy to find, offer a familiar, enjoyable taste, and have plenty of protein in addition to other valuable nutrients. Eating low-fat or nonfat yogurt with a small serving of granola and fruit is an excellent way to keep your blood sugar in check during the workday.

If you’re watching your calories, be sure to check the labels carefully when purchasing dairy. The difference in fat content between low-fat and regular yogurt is staggering. It’s also a good idea to watch out for certain sweetened yogurts, as some offset their health benefits with scoops of added sugar.

Meat still makes our list of affordable proteins for one simple reason: you don’t have to buy and consume as much as you probably do now. A 4 oz serving of chicken contains about 27 grams of protein. That’s just over half of one boneless, skinless chicken breast. Protein values for fish are largely similar, and even higher on average for beef and pork. Best of all, any meat consisting of animal muscle tissue (that’s virtually all of it) represents a complete protein.

Although meat prices are indeed high and getting higher, the trick is to purchase a smaller amount and fill the rest of your plate with vegetables, or even some of the aforementioned proteins such as quinoa or beans and rice. Doing so should make for a highly satisfying and filling meal, even if you end up eating less meat than you normally might.

Getting Enough Protein on a Budget: The Bottom Line

Proper protein consumption doesn’t have to cost a fortune. Affordable and highly versatile foods such as quinoa, beans and rice, tofu and eggs contain plenty of protein in addition to other crucial vitamins and minerals.

Dairy products typically contain high protein levels as well, so long as you’re willing to read the labels and avoid products with too much fat or sugar. There’s nothing wrong with continuing to purchase and eat meat either, so long as you minimize portion sizes and fill up on vegetables and whole grains.