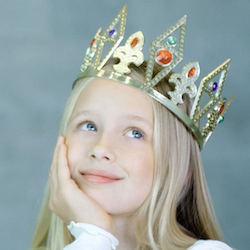 Rather than just complain, however, adults might want to consider the findings of the newest study on narcissistic children to see how their own actions could be causing these trends. We already know that helicopter parenting can be damaging, but what about parenting that over-encourages a child to believe they are intrinsically superior to other people?

The new study, published in the Proceedings of the National Academy of Sciences, states that Western countries have higher rates of narcissistic children – and the amount of them is increasing. More importantly, however, it examines why children end up exhibiting narcissistic behavior. One theory, known as “social learning,” suggests that children learn narcissistic behavior when parents treat them as if they are fundamentally more deserving and special than others. Alternatively, the “psychoanalytic theory” suggests that children end up putting themselves on pedestals because their parents withhold attention and warmth. While the social learning theory might seem obvious, it’s actually the psychoanalytic theory that has most commonly been thought to explain narcissistic behavior.

Researchers were careful to point out that narcissism is different from self-esteem. Put simply, children with high self esteem believe they are just as valuable as other people. However, narcissistic children believe they are better than others.

For a period of one year and six months, researchers analyzed children in the Netherlands whose ages ranged from 7 to 11. The children’s parents were also studied. Every six months, both the children and parents would fill out a questionnaire. The children would be asked to agree or disagree with statements such as, “Kids like me deserve something extra,” which would indicate narcissistic behavior. Agreeing with a statement like “Kids like me are happy with themselves as a person” would indicate high-self esteem but not necessarily narcissism.

Parents would agree or disagree with statements like “My child is a great example for other children to follow” or “I let my child know I love him/her,” indicating overvaluation and self-esteem boosting, respectively. Over time, it was found that parents who overvalued and over-praised their children were more likely to have narcissistic children. Interestingly, overvaluation did not typically lead to high self-esteem.

It may seem obvious, but it hasn’t actually been widely proven until now that treating children as if they are far more special than everyone else can lead to narcissistic behavior. It’s debatable whether or not the current generation of young people is any more narcissistic than children of any other generation. Besides being learned, narcissistic behavior is also partly genetic. However, if parents want to prevent having a narcissistic child, this study suggests that they must first take a serious look at their parenting style.