Study Shows Decrease in Fast Food Calories, but Is It Enough? 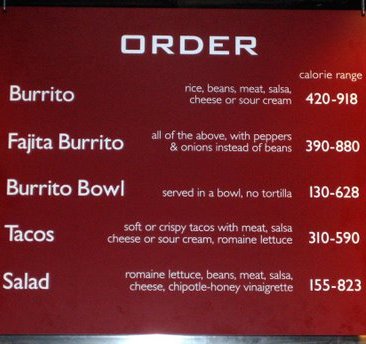 Earlier this year, the Robert Wood Johnson Foundation reported that major food and beverage companies such as Kraft, General Mills, Nestlé and Coca-Cola cut around 6.4 trillion calories from the U.S. marketplace. Now, it seems that fast food companies may be following suit. According to a study published this week in the American Journal of Preventive Medicine, newer menu items in some of the largest chain restaurants in the U.S. had an average of 56 fewer calories this year than they did in 2013. This is about a 12 percent decrease in fast food calories overall. Specifically, newly introduced beverages had an 8 percent decrease in calories, while children’s items decreased by 20 percent and main courses dropped by 10 percent. These reductions in fast food calories are significant, but it’s not exactly time for health proponents to celebrate just yet.

The drawback here is that the reduction in calories mainly took place in foods that were not typically associated with the restaurants they came from. For example, pizza places didn’t significantly reduce the amount of calories in pizza, and burger places didn’t significantly reduce the amount of calories in burgers. Instead, it was found that restaurants are typically adding healthier alternatives such as salads. While this is still good news, the data regarding what people eat at restaurants doesn’t necessarily suggest that patrons are actually choosing healthier options. For example, earlier this year, Burger King stopped selling “Satisfries”, a healthier alternative to their regular french fries, simply due to poor sales. “Satisfries” had only been available for a year.

It’s believed that many restaurants have begun offering these healthier options as a reaction to an impending law – part of the Affordable Care Act – that will require calorie counts to be put in menus. However, only time will tell if the calorie counts actually cause people to choose healthier items. So far, studies don’t really support the notion that a calorie count law will lead to a healthier population. Also, let’s not forget the there’s a ton of unhealthy stuff in fast food regardless of the amount of calories consumed.

56 Fewer Fast Food Calories Per Day Is Still a Win

The lead author of the study states in a press release that the seemingly small reduction in average calories is still meaningful. Considering the fact that around one-third of Americans visit fast food restaurants on any given day, a reduction of around 60 calories per visit could impact obesity rates significantly. In fact, the director of nutrition policy at the Center for Science in the Public Interest, Margo Wootan, told Fox News that the widespread obesity in the U.S. is probably only caused by people consuming around 100 to 150 calories over their recommended limit every day.

One of the biggest reasons why calorie counts on menus don’t have much of an effect has to do with the fact that most people simply don’t know how many calories they should consume per day. The best course of action would be to simply reduce the amount of fast food calories you consume and get it as close to zero as possible. If you want to find out exactly how many calories you should get each day, visit ChooseMyPlate.gov and enter your age, sex, weight, height and amount of physical activity.