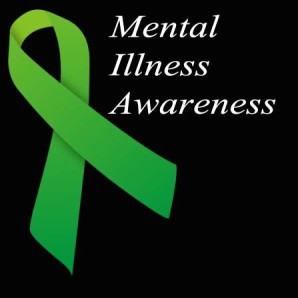 October is an important month in the world of health and fitness. It’s breast cancer awareness month, as well as AIDS awareness month, Rett Syndrome awareness month, dental hygiene awareness month and vegetarian awareness month. While all of these causes are worthwhile and important, there’s one topic that definitely shouldn’t slip through the cracks: mental health. Mental Illness Awareness Week is October 5 – 11, and it’s a great time for Americans to get educated about depression, anxiety and other mental disorders. According to the Anxiety and Depression Association of America, around 40 million adults suffer from anxiety disorders in the U.S. This means that you probably know someone suffering with mental illness. Aside from simply “raising awareness,” Mental Illness Awareness Week is a great time to actually take action, possibly in the form of exercise or screenings.

Depression screening is intended to raise awareness about depression, mood and anxiety disorders while helping people to determine if they are at risk. The screenings are held in community centers, government facilities, social service agencies, hospitals, colleges, military institutions, secondary education buildings and several other types of facilities throughout the U.S. After a screening, those who are determined to be at risk receive information about local agencies that can continue evaluation and treatment if desired. According to MentalHealthScreening.org, University of Connecticut researchers found depression screening to be highly effective in connecting at-risk individuals with depression treatment. To find a screening center near you, or to take an online screening, visit HelpYourselfHelpOthers.org.

Exercise is Effective for Prevention and Treatment

Unfortunately, many people feel that mental illness is something to be ashamed of. While social attitudes are generally changing for the better, many people still feel that taking antidepressants or going to therapy carries a stigma. In fact, it’s been reported that many people won’t even mention depression symptoms to their primary care doctor. Too many people believe that medical doctors cannot treat emotional issues, or they simply don’t want to be put on an antidepressant. While a combination of therapy and antidepressants have proven to be extremely effective for treating depression, anybody who wants to avoid these strategies should at the very least consider getting more exercise.

Researchers have shown that physical activity, while not as effective as professional treatment, can definitely have positive effects on treating the symptoms of depression. In fact, research released just last week shows that scientists are making large strides in determining exactly how exercise helps treat depression. The study, conducted at Stockholm’s Karolinska Institute, showed that exercise’s anti-depression effects may actually begin in the muscles, rather than in the brain as is often thought. They also found that exercise could potentially prevent depression symptoms in people who are often under stress. So, try just going for a short walk or run each day this week and see if it has any effect on your mood or the mood of a potentially depressed loved one.

If you or anybody you know thinks they may be suffering from depression, act now to get a screening or encourage some physical activity. Depression is one of the leading causes of suicide, a tragic and preventable outcome that is sadly increasing in scale. Depression has also been liked to heart attacks and other life-threatening conditions. Spend some time this week actively tying to help those in need or taking care of yourself.

A good list of common depression symptoms can be found here.