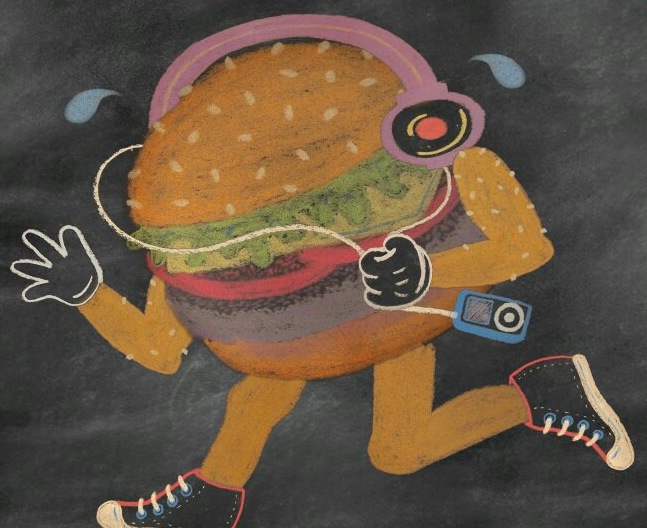 A new study – albeit a small one – indicates that exercising shortly after eating a meal high in fat could reduce the negative impact that meal has on your cardiovascular system. According to the study, engaging in walking and light strength training approximately one hour after a meal mitigates the elevation of fat cells known as triglycerides in the blood. The researchers found that post-meal exercise does a better job of this than before-meal exercise. People with high triglyceride levels also have a higher heart attack risk.

Despite the limits of the study, it may be worth giving the strategy a try. According to the Centers for Disease Control and Prevention, 600,000 Americans die of a heart attack each year. That amounts to around 25 percent of the annual deaths in the country.

During the study, researchers from Kyoto Prefectural University tested triglyceride levels for a group of 10 adults, including both women and men. The measurements were taken after eating a meal of which 38% of the calories came from fat. This occurred over three separate days. During the first two days, some of the subjects exercised an hour after the meal, while other subjects exercised an hour before the meal. None of the subjects worked out after eating on Day 3.

Although the researchers aren’t sure exactly why post-meal exercise is better at mitigating triglyceride levels than before-meal exercise, they theorize that exercise may expedite the body’s utilization of recently consumed fat.

Health experts and the researchers themselves agree that more research will be needed to confirm the results of the study. Not only was it small in size, but past studies have come to different conclusions. Another small study, this one from 1998 and conducted by the University of Missouri, indicated that the ideal time to exercise in relation to eating a fatty meal was 10 to 12 hours prior. However, this study also indicated less pronounced triglyceride level benefits for post-meal exercise.

According to Stephen Ball, one of the authors of the 1998 study, people should just try to exercise whenever they can rather than plotting it in relation to specific meal times. Ball’s theory matches that of FitnessHealth101′s: that the only sustainable and successful path to weight loss is consuming fewer calories than you burn each day.

A recent study from Kyoto Prefectural University in Japan indicates that people can reduce their risk of heart disease by exercising about one hour after eating a high-fat meal. The study was small, however, and the best advice for weight-loss seekers is to exercise whenever you can in pursuit of burning more calories than you consume each day.

The full text of the study can be found online in the medical journal Medicine & Science in Sports & Exercise.