Effects of Alcohol on Sleep: Avoid it Before Bed 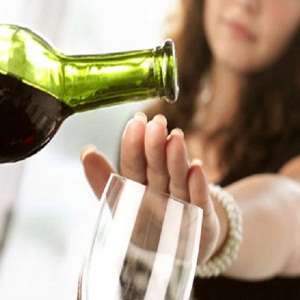 Some individuals like to enjoy an occasional “night cap” before going to sleep for the night, reasoning that the alcohol will suppress alertness and assist them in falling asleep. While this may be true, the unfortunate reality is that the quality of your slumber will suffer if you fall asleep with a buzz (and especially if you’re flat-out inebriated), according to a new report on the effects of alcohol on sleep.

Worse still, you could be more likely to wake during the second half of your sleep, even if you’re sleeping deeply during the first half. The news comes courtesy of the London Sleep Centre, a U.K. research facility. This may come as no surprise to frequent drinkers however. People who regularly imbibe at night know that alcohol-caused sleeplessness is a major contributing factor to hangovers.

In order to come to their conclusions, researchers from the London Sleep Centre collected and analyzed data from 20 existing studies, all of which examined the relationship between sleep and alcohol. A total of 500 individuals were involved in these studies. Study participants consumed either large, moderate or small quantities of alcohol before sleeping. The participants were monitored and tested by researchers as they slept in a laboratory.

All of the participants who drank alcohol before sleeping experienced a reduction in the amount of time required for them to fall asleep. Perhaps more interestingly, alcohol intake in any quantity improved deep sleep over the first 50% of the sleeping period.

But this is where the beneficial effects of alcohol on sleep ended. For all subjects who drank alcohol before retiring for the night, interruptions in sleep were more common during the second 50% of the sleeping period. These types of interruptions significantly reduce the overall quality of a night’s rest.

Further, individuals who drank moderately before bed – two to four drinks, in other words – experienced less REM, or rapid eye movement, sleep over the course of the night. REM sleep is important to solidifying memories, and it’s also the only stage of sleep that involves dreaming. People who drank heavily, defined as greater than four drinks in the context of the study, experienced even less REM sleep.

Minor Limitations of the Study

According to Irshaad Ebrahim, the London Sleep Centre’s medical director and one of the lead researchers behind the study, people looking to get the best night of sleep they possibly can shouldn’t think of alcohol as a means to doing so. Although it may aid sleep initially, the disruptions that occur later more than cancel out these early-night benefits.

It should be mentioned that all of the individuals involved in the study were healthy. It’s possible that the results could have been different if a more diverse cross-section of subjects had been analyzed. In addition, critics of sleep studies in general question their validity because people rarely sleep as comfortably or as soundly in a laboratory as they do in their own beds. This factor could have influenced the results as well.

The Effects of Alcohol on Sleep: The Bottom Line

A recent review of 20 existing studies of the effects of alcohol on sleep suggests that while alcohol may help us fall asleep, it also reduces the overall quality of sleep. This holds especially true during the second half of sleeping, when alcohol causes more frequent sleep disruptions and a reduction in the length of REM sleep.

The full text of the study will be available in April in the medical journal Alcoholism: Clinical & Experimental Research.

One Response to Effects of Alcohol on Sleep: Avoid it Before Bed