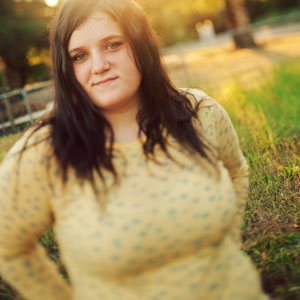 Obesity can lead to a vitamin D deficiency, according to a new study conducted on obesity and vitamin D deficiency by epidemiologists from Europe and North America. Vitamin D assists the body with calcium absorption, and is therefore crucial to maintaining healthy bones. Unfortunately, the study did not find that increasing vitamin D intake can curb obesity.

Specifically, the researchers found that every time a person’s body mass index increases by 10%, their vitamin D blood levels can also be expected to drop by 4.25%. The results are problematic when considering that nearly 36% of the U.S. population is obese. Obesity is defined as having a BMI in excess of 30, according to the Centers for Disease Control and Prevention. Equally alarming is that a 2009 study indicated that up to 75% of Americans have a vitamin D deficiency.

In order to conduct their study, researchers looked at 21 existing trials to collect and analyze the genetic data of over 42,000 individuals, including people with all types of BMIs. While looking at the genetic data, the researchers tracked 16 genes – 12 related to BMI, and 4 related to vitamin D. Interestingly, they discovered that people who had genes that made them more likely to be obese were also genetically predisposed to having vitamin D deficiencies. This results in low levels of vitamin D in obese people, even if they take in as much vitamin D as a person with a normal BMI. It should be noted, however, that these genetic predispositions do not guarantee that a person will become obese.

The message of the study is clear: if you’re obese, you should be aware that you’re probably vitamin D deficient as well. Although ensuring a larger intake of vitamin D in your diet may improve your vitamin D levels, the most comprehensive and sustainable solution is to lower your BMI.

The Mayo Clinic suggests that people under the age of 70 receive 600 IUs (International Units) of vitamin D per day. The daily requirement increases to 800 IUs for those over the age of 70.

The study did not find any evidence supporting the notion that an obese person could lower their BMI by increasing their vitamin D intake. However, some previous studies have indicated that taking vitamin D supplements can help overweight people lose a few pounds by reducing inflammation and increasing fat cell metabolism. Although some experts believe that it could have a modest effect on weight loss, it shouldn’t be a primary focus for individuals seeking to lose a substantial amount of weight, which should be a major health goal for any obese individual.

Vitamin D Deficiencies are Too Common

According to Brant Cebulla of the Vitamin D Council, vitamin D deficiency is a common phenomenon worldwide. He said that sunlight is the primary source of vitamin D, but that most people don’t get nearly enough sun each day to meet the daily requirement, due to factors such as wearing sunblock, staying indoors, or simply living in the North where the sun is at too low of an angle from autumn through spring for the sun’s rays to produce vitamin D in the body.

Further, Cebulla said that most people don’t eat nearly enough vitamin D in their diets. Top food sources include fatty fish like mackerel, tuna and salmon, as well as oatmeal and milk fortified with vitamin D. Unfortunately, a glass of milk only contains about one-sixth of the vitamin D a person needs in one day. Unless you’re consuming several glasses of milk and plenty of salmon each day, you’re probably falling short of your vitamin D requirements.

An international team of researchers recently conducted a study finding that obesity leads to vitamin D deficiencies. People who are obese tend to be vitamin D deficient even when they consume as much vitamin D as a person of a healthy weight. If you struggle with obesity, you should in all likelihood be taking a vitamin D supplement. However, your primary goal should be to obtain a healthier BMI by losing body fat.

The full text of the study is available online in PLOS Medicine.