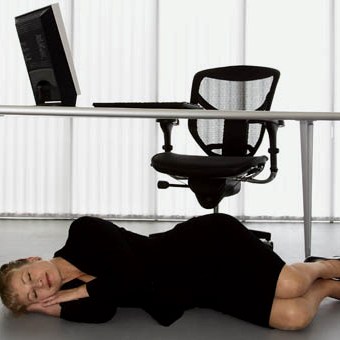 A newly published report by the Centers for Disease Control and Prevention (CDC) on sleep deprivation statistics indicates that approximately 30% of working adults in the U.S. receive six or fewer hours of sleep per night. A sufficient amount of sleep can range from seven to nine hours for healthy adults, according to the National Sleep Foundation.

The clinical researchers behind the study said that night-shift employees were most likely to report a lack of sufficient sleep. In addition, approximately 44% of those workers said they sleep for less than six hours each night, while 29% of day-shift workers stated that they average less than six hours of sleep per night. The most sleep-deprived night-shift workers were those that were employed within industries such as social assistance, heath care, warehousing and transportation, to name a few.

Breaking Down the Results of the Study by Category

The researchers based their study on self-reported information from over 15,000 adults who participated in the National Health Interview Survey between the years of 1999 and 2010.

According to the CDC researchers, the manufacturing industry is more sleep-deprived overall than any other industry, with over 34.1% of workers in this field reporting fewer than six hours of sleep per night.

From here, the researchers broke down sleep-deprivation figures according to age group, race an other identifiers. The percentage listed after each identifier indicates how many study respondents reported less than six hours of nightly sleep.

The Dangers of Insufficient Sleep

In a report accompanying their study, the CDC researchers said that getting too little sleep on a regular basis can have major consequences beyond daytime tiredness and lost productivity, such as cardiovascular disease and obesity. In addition, the CDC estimates that up to 20% of motor vehicle crashes are at least partly due to drowsy driving.

The researchers also said that insufficient sleep may be an even bigger problem for night-shift workers than the numbers indicate. That’s because sleeping during the day usually doesn’t produce the same kind of high-quality rest as sleeping at night, when the body temperature is lower and melatonin levels are higher. Melatonin is a chemical that’s naturally produced by your body to regulate sleep cycles.

As a result of their study, the CDC researchers said that employers should take measures to ensure better employee sleep patterns, whether it comes in the form of training or adjustments to schedules.

Approximately 30% of adult workers in the U.S. report getting less than six hours of sleep per night, according to a new study by the CDC. Insufficient sleep has been linked to lost productivity, car accidents and an increased likelihood of developing chronic diseases.

The full text of the study can be read at the website of the CDC.