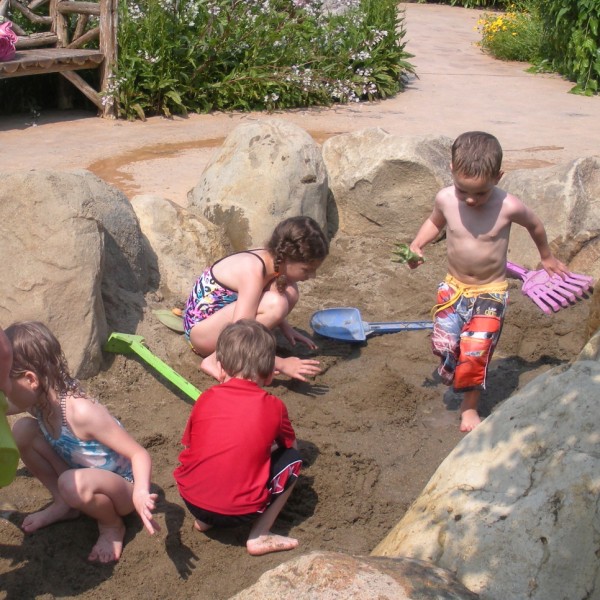 If you’re the parent of a young child, you probably worry about them contracting an infection from bacteria-ridden household surfaces like countertops, toilets and sinks, not to mention public germ receptacles like shopping carts and door handles.

You worry too much, according to a recently published study by Brigham and Women’s Hospital suggesting that childhood bacteria exposure is actually very important to building a strong immune system in children. The study also suggests that the rising prevalence of allergies, asthma and other autoimmune disorders may be due to our increasingly bacteria-averse lifestyles. Although the study was completed using mice as the specimen, researcher and senior physician Dennis Lee Kasper believes the findings to be valid since mice and humans have similar immune systems.

During the study, researchers observed both normal mice and mice that had been born and raised in a carefully controlled, bacteria-free environment. The bacteria-free mice were found to have significantly higher levels of invariant natural killer T cells, or iNKT cells, in their intestines and lungs. iNKT cells are unique white blood cells that cause inflammation when they release proteins.

Inflammation, of course, is thought to be one of the primary contributing factors to a number of chronic conditions, including autoimmune diseases. In fact, iNKT cells are commonly found in the lungs of individuals with asthma and the gastrointestinal tracts of individuals with ulcerative colitis, both inflammatory diseases.

According to Dr. Kasper, the most obvious difference between the two groups of mice was that the germ-free mice were significantly more susceptible to autoimmune diseases. This held true even when the germ-free mice were later exposed to bacteria. Following exposure, the mice continued to have unusually large amounts of iNKT cells in their intestines and lungs. The researchers then concluded that proper immune functioning depends on early exposure to bacteria, and that delayed exposure is ineffective.

Axel Kornerup Hansen, a researcher from the University of Copenhagen uninvolved with the aforementioned study, said that the findings add to a growing body of evidence indicating that early bacteria exposure is crucial to the prevention of inflammatory diseases. Hansen believes that the findings may apply to Type 1 diabetes in addition to the diseases mentioned by the Brigham and Women’s Hospital researchers.

About the Human Immune System

Your immune system protects you from germs in your environment. Without an immune system, your body would be quickly overrun by illnesses ranging from colds and food poisoning to more life-threatening conditions. However, not all germs are dangerous. In fact, most germs have no effect on your health, and many germs are even considered health-positive.

Your immune system is largely driven by your white blood cells, which can unfortunately turn against you. White blood cells are intended to seek out and destroy foreign compounds that don’t belong in our bodies. When you have an autoimmune disease, your white blood cells become confused and attack your own cells as if they were foreign. Autoimmune diseases that work in this fashion include asthma and allergies, two conditions that have become increasingly more common as people take additional steps to keep their environments free of bacteria.

According to Kasper, the Brigham and Women’s study shows that parents can help protect their children from autoimmune diseases later in life by ensuring that they’re exposed to at least some environmental bacteria. Kasper believes that bacterial exposure should start very early in a child’s development, perhaps earlier than previously thought.

A recent study conducted by Brigham and Women’s Hospital indicates that exposure to bacteria during early childhood is crucial to the eventual development of a strong immune system.

The full text of the study can be found in the research journal Science.