Losing Just 5 Percent of Body Weight Can Have Huge Benefits 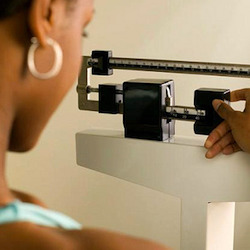 According to the Centers for Disease Control and Prevention, over one-third of the adult population in the U.S. is obese. This comes out to around 78.6 million people, all of which are at much higher risk for type 2 diabetes, heart disease, certain types of cancer, and stroke. Because of these high risk factors, it’s believed that obesity is one of the leading causes of preventable deaths in the U.S. This also means that there are millions of people who should be taking active steps to reduce their body weight if they aren’t doing so already. Unfortunately, losing large amounts of weight can be an incredibly daunting task – so daunting, in fact, that it can prevent people from even making an attempt. However, a new study published this week in the medical journal Cell Metabolism could give many the hope they need to at least get started on the path to weight loss.

5 Percent Weight Loss is “Biggest Bang for Your Buck”

Overall, it was found that the people who lost just 5 percent of their body weight saw significant improvements in their insulin sensitivity, heart rate, blood pressure and triglyceride concentrations. Those who lost more weight had further improvements in cell function and insulin sensitivity, but the acceleration of progress slows after the first 5 percent. As principal investigator for the study, Samuel Klein, told the Washington University magazine, “Our findings demonstrate that you get the biggest bang for your buck with 5 percent weight loss.”

Good News for Those Struggling to Get Started

Obesity is defined as having a body mass index (BMI) of about 30 or greater. People who are obese often assume that they’ll need to lose an incredible amount of weight to be healthy. There are countless weight loss stories in the media of people losing 100-200 pounds, not to mention endless weight loss products that promise crazy results, and shows like The Biggest Loser promoting massive weight loss. And while it’s true that getting down to a healthy BMI and keeping off the extra weight will no doubt allow any obese person to live a healthier life, this study shows that getting healthy may not require huge lifestyle overhauls in order to start seeing some benefits.

For example, an obese person who weighs 300 pounds would only need to lose 15 pounds and keep it off to significantly reduce their risk for diabetes and other medical conditions. While 15 pounds is not insignificant or necessarily easy to lose, it’s still much more attainable, realistic and less daunting than 50 or 100 pounds. If a person has a BMI of 30 but only weighs 175 pounds, a drop of just 9 pounds could allow them to reduce their risk. Not to mention, once you’ve kept off those first 10 or 15 pounds, it can become much easier to continue losing weight and get down to a healthy BMI.

Anybody who’s obese knows they need to lose weight to get healthy. But taking the first step can be the most difficult part, especially if unattainable goals are being set. This study goes to show that even a little bit of diet and exercise could go a long way toward living a much healthier life. If you’re unsure whether or not you could be considered obese, check out this Body Mass Index Calculator from the National Heart, Lung, and Blood Institute.