30 Minutes of Exercise May Not Be Enough For Heart Health 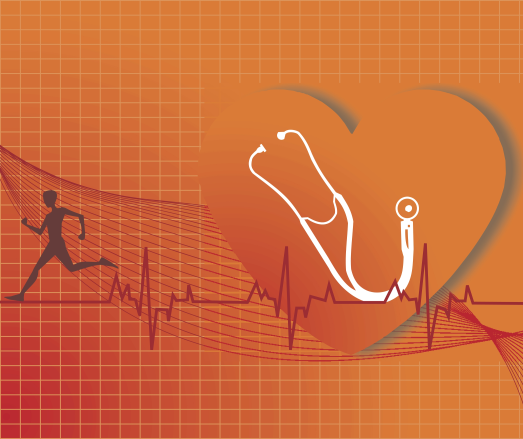 Fitness research often reveals that small amounts of low-intensity physical activity can be beneficial in many ways. For example, it’s been shown that just two minutes of walking every hour can lead to a longer lifespan. Short bursts of activity can be incredibly effective for senior citizens who may have a difficult time performing typical exercise routines. Also, a study published last month shows that simply fidgeting at your desk while sitting could potentially be considered a form of micro-exercise that helps contribute to a longer lifespan.

Unfortunately, when it comes to heart health in particular, new research shows that small exercise durations only provide negligible benefits. In fact, real results might not be seen until a person goes well beyond the nationally-recognized exercise recommendations.

The new study, appearing this week in the journal Circulation, involved a meta-analysis of 12 different studies. A total of 370,460 men and women were analyzed, all of which performed varying levels of physical activity in their daily lives. Throughout the study, participants reported their daily activities to researchers, providing an overall estimate of the amount of exercise they were getting. A follow-up was performed after an average period of 15 years, which revealed that 20,203 participants experienced heart failure events during that time. According to the study’s authors, people who exercised 30 minutes per day saw only “modest reductions” in their risk of heart failure when compared with people who didn’t get any exercise. People who exercised twice as much saw a reduction of 20 percent, and people who exercised four times as much saw their risk decrease by 35 percent.

These results challenge the American Heart Association’s current guidelines for heart health, which recommend 30 minutes of moderate-intensity aerobic exercise for at least five days every week, or 25 minutes of vigorous aerobic exercise for at least three days a week. Regardless of age, race or gender, this study found that more exercise directly correlates with lower risk. Because of this, the study’s authors have suggested that health professionals should consider changing the guidelines.

Heart Failure Is a Growing Concern

According to the CDC, heart failure occurs when the heart can no longer pump enough blood and oxygen to organs in the body. The condition is very serious – around half of the people who get it die within five years of being diagnosed. About 5.1 million people have it in the U.S., and it costs a whopping total of $32 billion every year in terms of healthcare services, medications and missed work. Risk factors include heart disease, diabetes, high blood pressure, obesity, a diet high in cholesterol, fat and sodium, and, of course, a lack of physical activity.

Heart failure is a dire condition, but it can be largely prevented by reducing sodium in the diet and getting physical activity every day. Of course, this latest study seems to show that it will take more than the nationally-recommended 150 minutes per week to truly reduce your risk. This shouldn’t deter anyone though – 30 minutes a day of moderate-intensity aerobic exercise is certainly better than nothing. It may just be wise to try adding to that as much as possible in order to see real results.