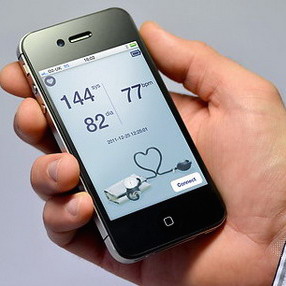 As of January 2014, global measurement firm Nielsen reported that nearly one-third of smartphone owners in the U.S. are accessing apps in the fitness and health category. That comes out to be around 46 million people, and the number has likely grown since then. There are many different types of fitness apps out there, and they all offer varying fitness goals and techniques in realms such as cardio, bodybuilding, flexibility, yoga and weight loss. In general, fitness apps can offer exercise information, instructional articles and videos, calorie counters, fitness news, progress tracking, and exercise motivation. Some fitness apps even use unique motivation methods, such as Pact, which pays you money for meeting your exercise goals, or takes money away from you for missing them. Unfortunately, people who rely on these fitness apps may not be getting an effective workout.

Safety and Preparedness are Big Concerns

Researchers at the University of Florida analyzed 30 of the most popular free fitness apps available, judging them according to the American College of Sports Medicine’s guidelines for physical activity. Researchers looked at a number of different criteria, including safety, stretching, warmups and cool-downs, as well as effectiveness in terms of aerobic exercise, flexibility and strength/resistance. Many of the apps scored well in one category; for example, over 50 percent of apps were deemed to provide an effective aerobic workout, and around 90 percent met the criteria for strength/resistance. However, around two thirds of the apps fell short in flexibility.

Overall, only one app met even half of the total criteria: the Sworkit Lite Personal Workout Trainer, which received a score of 9.01 out of a possible 14. Here’s how all the apps measured up, courtesy of the University of Florida: 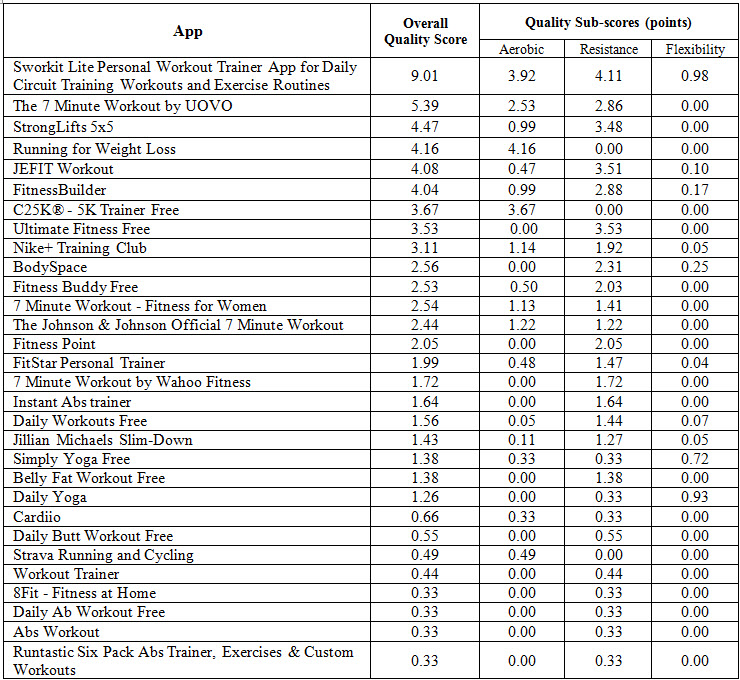 Researchers stated that the fitness apps fail to prepare users in terms of proper technique and safety, leaving them open to injury. They also said that these apps simply do not provide the type of well-rounded workout known to be most effective. They may be especially bad for beginners as well – 23 of them don’t provide any sort of training plan, explain how to schedule workouts throughout the week, or even discuss how to choose a workout.

Self-Motivation is the Key

Aside from harsh tactics like forcing you to pay money or automatically shaming you on social media for missing a workout, fitness apps don’t seem to get people to accomplish anything unless they’re already determined to do so. According to one study of 200 apps, most apps don’t provide effective motivation strategies whatsoever. Performance feedback, social support and goal setting tactics were only found in slightly over half of the apps studied.

As it stands now, fitness apps have a long way to go before providing users with well-rounded effective workouts. Of course, using a fitness app is better than not exercising at all, but this study tells us that it’s best to supplement the information in your fitness app with additional education in warming up, stretching and proper exercise technique in order to avoid injury. Most of all though, it should be remembered that a fitness app likely cannot truly motivate you to workout unless you’ve firmly resolved to do so in the first place.

One Response to Study Casts Doubt on Effectiveness of Fitness Apps