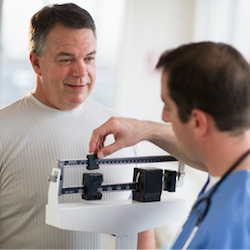 When it comes to treating obesity, health professionals often stick to two main points: diet and exercise. And while those are indeed the two most healthy and effective strategies for reducing body weight, it’s not always best to use the same treatments for any person who has a certain condition. For instance, there are seven different types of colorectal cancer, and no doctor would ever think about starting a treatment plan before determining exactly which version of cancer a person has.

With this idea in mind, researchers from the University of Sheffield in the UK gathered health data from over 4,000 obese patients. They examined each person’s age, ethnicity, gender, lifestyle habits, and other health conditions to see whether or not obese individuals could be categorized based on general behavioral characteristics.

According to the new study, there are six types of people who commonly suffer from obesity. Treating each group differently and understanding the reasons why they each end up being overweight could help develop more effective treatment and prevention methods. The six groups include:

Researchers state that these different groups could be used to create treatment plans that are more relevant to each patient’s needs. For example, people in the middle-aged group may benefit from mental health counseling, while it might help younger men to take part in alcohol reduction programs.

Limitations of the Study

While this study could potentially help advance obesity understanding, it does have some limitations. First of all, it was not determined that lifestyle factors such as drinking or poor mental health were actually causing obesity in these individuals. Also, it’s entirely possible that there are many more than just six different types of obesity. Researchers concede that the group types may have ended up being different had the study been conducted in the U.S., where obesity rates are higher.

While there still may be a long way to go, the fundamental idea of this study is important: not all obesity patients are the same. Individual people can likely benefit from different obesity treatments, and those treatments may have to include counseling or sleep testing. Until we know more, however, the most fundamental steps – diet and exercise – won’t change.