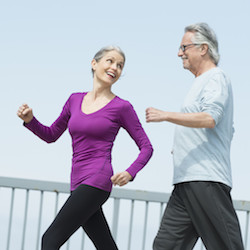 According to the Centers for Disease Control and Prevention, Americans are currently living longer than ever. While this is great news, it also signals a need for increased understanding of elderly health issues and resources for dealing with them. In particular, longer life spans necessitate a continued need for research into cognitive decline and Alzheimer’s prevention. As of now, 5.3 million Americans suffer from Alzheimer’s, and it’s the sixth leading cause of death. Plenty of studies suggest different methods for preventing Alzheimer’s, such as learning a second language or making sure you get enough vitamin D. However, not everybody develops Alzheimer’s as they get older – but many elderly people will experience cognitive decline of some sort. What can be done in those cases? A new report from the non-profit Institute of Medicine describes some prevention strategies.

The extensive new report sought to gather all available scientific knowledge in the area of cognitive decline to clearly define terminology, prevention strategies, education issues, current public awareness, and many other factors. The authors of the report state that the brain is just like any other organ in the body – it changes over time. The way the brain functions regarding memory, learning, processing speed, and decision-making changes as a person gets older. While it isn’t a disease like Alzheimer’s, cognitive decline or cognitive aging can still cause seriously risky behaviors such as poor driving, bad financial decisions, or misunderstanding instructions from doctors.

According to all the data collected, some the best ways to stay mentally sharp as you age involve getting enough exercise, watching out for medications that affect the brain, keeping the brain active, maintaining heart health and getting enough sleep.

It’s been proven that exercise can help prevent Alzheimer’s, and it goes a long way toward keeping the brain sharp even in people who don’t suffer from the disease. Simply taking a 20-minute walk every day can be very beneficial both physically and mentally. At the same time, some studies suggest that vigorous exercise could be advantageous even for older adults.

Many medications are known to have a detrimental effect on cognitive function. Prescription antidepressants or antipsychotic medications are especially guilty of impacting brain function, but over-the-counter drugs like Excedrin PM, Benadryl and Dramamine could also have an effect. It’s best to ask a professional about the short- and long-term cognitive effects of any medication before taking it regularly.

No surprise here – strategies that keep your heart healthy also keep your brain healthy. This means avoiding high blood pressure and diabetes by consistently eating a healthy diet and trying to keep stress levels as low as possible. It also means you shouldn’t smoke.

Sleep is often one of the most overlooked health factors, especially for busy, overworked, middle-aged parents. While it’s easy to sacrifice, the brain needs the proper amount of sleep to function efficiently throughout old age. The National Sleep Foundation recommends 7 to 9 hours for adults aged 26 to 64 and 7 to 8 hours for adults over the age of 65. The report highly recommends seeking professional help if you have any sleep disorders.

While physical activity is perhaps the most important aspect of preserving your mental function into old age, don’t forget about activities that “exercise” the brain itself. Staying socially active and seeking out learning opportunities can help prevent cognitive decline as well. Ingraining all of these prevention habits earlier in life will make it easier to maintain them them as you age.