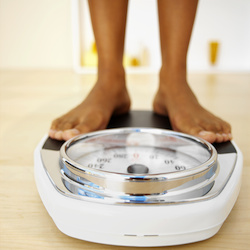 Going on a diet doesn’t necessarily require having a specific, regimented eating plan that’s devised by a health professional – but it can help. Every year, thousands of Americans enter into programs like Weight Watchers in order to take out some of the planning and guesswork involved in losing weight. Many people also try plans often described as “fad” diets such as the Atkins and South Beach diets. Unfortunately, not all of these diet plans are equally effective for everybody. How can you know which diet will work best for you?

Back in January, U.S. News & World Report ranked many different diet plans in terms of effectiveness for weight loss, heart health, diabetes prevention, and several other factors. Now, another study dealing with commercial diet plans has been published in an attempt to help dieters decide.

Jenny Craig Comes Out On Top

The new study, appearing this week in the Annals of Internal Medicine, involved a meta-analysis of 4,212 previous studies that assessed the effectiveness of various diet plans. Interestingly, it was found that only 45 of these studies met the “gold scientific standard.” This means that the majority of studies conducted regarding diet plans have not randomly assigned test subjects to different programs and tracked their weight over time. In other words, most of the studies have not been conducted in a way that’s proven to be useful for gleaning valuable information and helping consumers make smart choices.

Nevertheless, researchers used the studies to rank the effectiveness of 11 commercial diet plans. Overall, it was found that Jenny Craig users lost 4.9 percent more weight after 12 months than a control group made up of people that only received dietary education. Weight Watchers users lost 2.6 percent more weight than the control group. Despite it being the most effective, only 13 percent of the $2.5 billion spent on weight loss programs in America goes to Jenny Craig. Forty-five percent of that money goes to Weight Watchers, which could be due to its relatively lower cost.

Other commercial programs such as Nutrisystem saw users making small gains, but nothing near as significant as the top performers. Diet plans from Medifast and Optifast delivered great results initially, but users ended up gaining much of the weight back at the end of 12 months. One program called Health Management Resources saw users lose 13.2 percent more weight than the control group, but they also suffered serious side effects such as constipation and gallstones.

In an editorial accompanying the study, researchers argue that diet plans such as Weight Watchers could be more effective for treating obesity than the prepackaged meals, supplements or behavioral therapy that are often relied on. It makes sense, as the number of people with obesity is continually going up and the number of doctors who actually have weight loss training isn’t necessarily as high as you’d think. In fact, some states are already referring Medicaid patients to Weight Watchers.

The first thing that this study tells us is that more dedicated research needs to be done before diet plans can be definitively ranked. Also, the study only examined commercial diet plans, so it might be possible that a vegetarian diet or Mediterranean diet could be just as effective – if not moreso – than Jenny Craig. Either way, those who are looking to start a weight loss program can rest easy knowing that Jenny Craig and Weight Watchers have been at least fairly effective for many people.