Are Cooking Shows Making Us Fat? 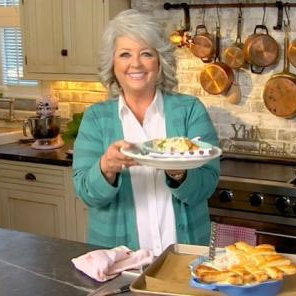 The popularity of cooking shows in the U.S. cannot be denied. According to a 2010 survey from Harris Interactive, 50 percent of Americans watch cooking shows on television either very often or at least occasionally. Also, 57 percent of those surveyed stated that they’ve purchased specific foods as a direct result of something seen on a cooking program. Newer research says the number of viewers could actually be much higher.

While some TV recipes can indeed be considered healthy, many famous chefs probably wouldn’t describe themselves as “health food specialists.” For example, Paula Deen, one of the most well-known TV chefs, is infamous for the high butter content in recipes like Paula’s Fried Butter Balls. At the same time, cooking from home instead of eating out has generally proven to be healthier overall. So are cooking shows good or bad for our waistlines?

A new study, appearing in the journal Appetite, assessed the eating and television habits of 501 women aged 20 to 35. All of the study participants had their heights and weights measured in order to calculate their BMIs. Overall, it was found that women who watch cooking shows and often cook from scratch at home weighed an average of 11 pounds more than women who watch cooking shows but do not cook much from scratch. As the study puts it, the “doers” weighed an average of 164 pounds, while the “viewers” weighed an average of 153 pounds. Although the women also got cooking inspiration from YouTube, magazines, newspapers, dietitians, cooking blogs and other websites, no source of cooking information was found to be more influential and potentially fattening than TV cooking shows.

These findings go against the typical notion that cooking at home is healthier than going out or ordering food. At the same time, it must be understood that many cooking shows do not necessarily promise that their recipes will be healthy. Viewers must take into account that these shows are largely for entertainment – just because a respected chef uses three sticks of butter in a recipe on a TV show does not mean it’s an accepted practice to do so on a regular basis.

So, if cooking at home doesn’t guarantee healthy preparation, would it be better to eat out more often? The answer is no, but it could take some changes in your cooking habits to ensure that at-home meals are as healthy as they could be. Two main things to look out for when preparing meals at home are portion size and ingredients. When it comes to specific ingredients, there are plenty of healthy substitutions that can be made. For example, if a recipe calls for heavy cream, you can try substituting evaporated skim milk or a combination of low-fat yogurt and low-fat, unsalted cottage cheese. For tons of great ideas about healthy food preparation, check out the AMA’s Healthy Cooking tips.