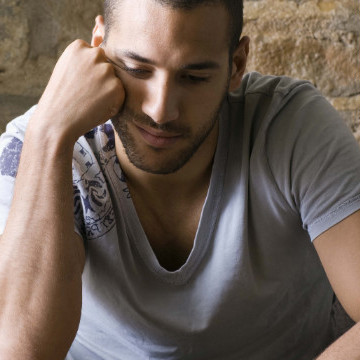 When it comes to early mortality, preventable risk factors such as obesity and smoking are widely discussed. For example, one study from 2012 claims that otherwise healthy, non-smoking adults could be hastening mortality by 9.44 years if they’re obese. Information on smoking may be even more prevalent. According to the CDC, smokers have a life expectancy that’s a full 10 years shorter than nonsmokers. Also, quitting smoking before turning 40 can lower a person’s risk of death due to a smoking-related disease by an astonishing 90 percent.

But while these risk factors are fairly well understood, there may still be many under-recognized causes of early mortality. Case in point, a new study from Brigham Young University claims that loneliness could actually shorten a person’s life. It’s a big problem, and it could be getting much worse in the near future.

The new study, appearing this week in the journal Perspectives on Psychological Science, analyzed data from 70 independent studies involving a total of over 3.4 million people. The studies occurred between 1980 and 2014, and each participant was followed for an average of seven years. Researchers found that simply feeling lonely, regardless of how much an individual actually interacts with other people, can increase the risk of early mortality by 26 percent. Social isolation, in which a person lacks social contact, increased the risk of death by 29 percent. Finally, it was found that living alone increases early mortality risk by 32 percent.

Interestingly, researchers noted that the effect was actually higher for middle-age people than it was for those over the age of 65. This could be due to the fact that middle-aged adults who’ve experienced extended loneliness might be less likely to pay attention to their health, seek medical attention when needed, or avoid risky behaviors. Another possible explanation is that older people who are alone might have more recently suffered the loss of a spouse rather than experiencing isolation for long periods of time.

Is There a Loneliness Trend?

Researchers noted that while living alone can be convenient, it’s not necessarily beneficial for health. At the same time, affluent nations have the highest rates of people living alone. Combine that fact with the continuing advancements of technology such as social media and texting, and it could be argued that loneliness is becoming a trend. So much so that researchers claim isolation could be an epidemic within the next twenty years. While isolation rates may certainly be growing, there’s really no way to measure if more and more people are simply feeling lonely regardless of their actual situation. If that’s also a growing trend, we could be seeing an even worse situation in the years ahead.

Loneliness and Health: The Bottom Line

Even if you never really think about it, you’ve almost certainly felt the value of maintaining in-person relationships for health reasons. Having real connections with other people can help you manage stress and can ensure you get medical attention when you need it. If nothing else, this study may serve as a good reminder to stay in touch with old friends, visit family members that live alone, and foster in-person connections as much as possible.