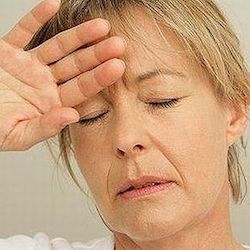 Hot flashes are an annoying and potentially debilitating side effect of menopause and perimenopause. According to Menopause.org, around 75 percent of perimenopausal women experience hot flashes in the U.S. The exact cause of hot flashes isn’t really known – some believe they could be due to changes in circulation during middle age – but any menopausal woman knows exactly when she’s having one. They’re usually characterized by an intense feeling of warmth in the face and upper body. Nausea, anxiety, sweating, dizziness, headache, rapid heartbeat, and even breathing difficulty can also be present. These symptoms can lead to all sorts of poor quality of life issues such as sleep disturbances and sexual problems. It’s been generally thought that women experience hot flashes for six months to five years. According to a grim new study, however, that period is commonly much longer.

Longer-Lasting Treatments May Be Needed

The new study, which claims to be one of the largest of its kind, involved a 17-year review of just under 1,450 women. The median total length of time that all the women experienced hot flashes was found to be 7.4 years. While all women experience perimenopause at different ages and for different lengths of time, this is the first report to suggest that some women suffer from hot flashes for as long as 14 years.

This could definitely be seen as disheartening news to those currently suffering from hot flashes, but it may also be good news in one way: if you’re a woman who’s been suffering from hot flashes for years on end, it doesn’t necessarily mean that your condition is abnormal or indicative of a larger problem. At the same time, many will now argue that longer-lasting and more effective treatments should be explored as researchers continue to reveal perimenopause to be a longer period of time than previously thought.

Ethnicity and Age of Onset Play a Role

While the overall median duration for suffering from hot flashes was 7.4 years, the study showed that women of different ethnicities are affected in different ways. For example, the median duration for hot flashes was 6.5 years for non-Hispanic white women, as opposed to 5.4 years for Chinese women and 4.8 years for Japanese women. The median for women of Hispanic descent was 8.9 years, and African-American women had a distressing median of 10.1 years. Researchers are unclear about why these differences exist, but it’s thought that factors such as diet, genetics and childbearing histories could be coming into play.

In perhaps the cruelest twist to the research, it was found that the sooner a woman begins getting hot flashes, the longer they’ll last. High stress levels and lower levels of education also correlated with longer periods of hot flashes and night sweats.

While this news is discouraging, there are currently several treatments and strategies that can help women cope with hot flashes. The FDA has approved low does of Paxil for hot flashes, and women who still get their period can take low-dose birth control. Hormone therapy is also an option for some women, but it does come with serious risks. In general, it’s recommended that perimenopausal women avoid smoking, sleep in a cool room, and dress in layers. If you notice that certain actions such as drinking coffee or eating spicy food brings on hot flashes, it’s best to avoid those activities as well.