Trying to Get Healthy? Convince Your Significant Other to Join You 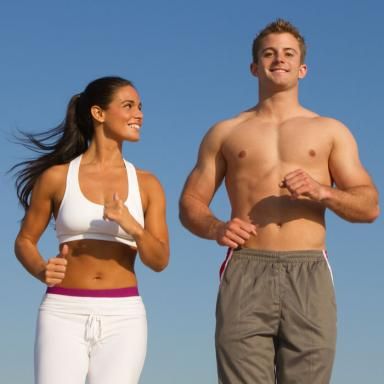 As January comes to a close, many people are starting to realize that they haven’t really been sticking to their new year’s resolution. Whether they’ve resolved to lose weight, quit smoking or start exercising more often, many people are simply starting to give in at this point. Luckily, however, there are still plenty of ways to revive your resolution if it’s on its last legs. First, it’s important be proud of anything you’ve accomplished, even if your achievements seem small. Then, try changing your approach. For example, if you just can’t get to the gym before or after work, try bringing exercise clothes to your workplace and going for a walk during your lunch hour.

One of the most effective strategies is to find someone who shares your goals and to work at those goals together. According to a new study, the best person for this task is your significant other.

Having a Partner Makes a Huge Difference

New research, published in the Journal of the American Medical Association, shows just how effective your significant other can be in helping you realize your health goals. Researchers used data from the English Longitudinal Study of Aging to examine the health habits of 3,722 married or cohabiting couples. They found that, over the years, one parter was much more likely to succeed in their goal of losing weight, exercising more often, or quitting smoking if the other partner did the same thing. For example, men who attempted to adopt an exercise routine had a success rate of 67 percent when their female partners adopted one too. Success rates for men whose partners did not adopt an exercise program was only 26 percent.

Smoking cessation rates rates also presented some drastic differences. Women whose parters joined them in their efforts to quit had a 50 percent success rate. On the other hand, only 8 percent of the women who tried quitting on their own were successful. For men, 48 percent could quit with the help of a significant other, while only 8 percent had success alone.

An Already Healthy Significant Other Didn’t Help That Much

There’s one important caveat to this research. Basically, both men and women only really lost weight if their partner was also in the process of losing weight. There was much less of an effect if the parter was already of a healthy weight. In other words, having a trim significant other isn’t necessarily a motivating factor in and of itself. In order to really see the benefits, both partners must be going through the same thing. According to the researchers, it’s possible that couples are more willing to address a large difference in food intake levels between the two partners, rather than addressing an actual weight disparity.

Fitness experts have known the benefits of having a workout partner for a long time. However, people who are struggling with a new year’s resolution or are just starting to think about beginning a fitness program might be underestimating the value of close, personal support. This study is just further proof that establishing a support system and getting encouragement along the way is one of the most essential aspects of moving toward a healthier life.