One of the Best Predictors of Heart Disease Is… Twitter 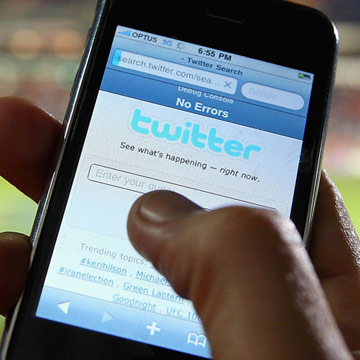 Social media allows people to express their thoughts and feelings on a massive scale. Information can now be shared with huge audiences at unprecedented speeds. Like it or not, however, just about anything you share on social media contributes to a huge database of information that can be analyzed by researchers and marketers. The idea is known as “big data,” and it’s allowing research to be performed using new, unique methods on a scale that’s larger than just about any data set used in the past. One of the most noble uses of big data might be to better understand risk factors for major health problems. For example, anything that researchers can do to shed some light on the causes of heart disease could be worthwhile. Heart disease is still the leading cause of death for both women and men in America. As it turns out, data provided by Twitter is a great heart disease predictor.

Researchers from the University of Pennsylvania looked at geo-tagged tweets originating from users in 1,300 counties in the U.S. between 2009 and 2010. Algorithms and word filters were used to categorize tweets by topic and to delineate those that expressed stressful emotions such as hostility, anger, anxiety, boredom or hatred. The research showed that negative tweets correlated very highly with heart disease rates in the counties studied. In fact, Twitter proved to be a better predictor of heart disease than lifestyle factors such as education level, smoking, income, obesity and diabetes. At the same time, counties that showed lower rates of negative tweets also had lower heart disease rates.

It’s important to note, however, that the people sending out the negative tweets weren’t necessarily the same ones contracting heart disease. Indeed, the average Twitter user is younger than the typical heart disease patient. Researchers claim that negative tweets can serve as a representation of the overall negativity within a community. In other words, the environmental factors that cause a Twitter user to be stressed are likely also affecting the people around them. Not to mention, negative tweets themselves could proliferate and contribute to an overall sense of negativity within a community.

Twitter may prove to be an excellent heart disease predictor, but the relationship between stress and heart disease is nothing new. Past research has shown that anger and hostility can be serious contributing factors when it comes to cardiovascular disease. Excessive anger and stress can lead to increased blood pressure, high cholesterol, overeating and physical inactivity. Reaching for a cigarette when stressed out only increases these risks. Stress can also cause your body and heart to go into “fight or flight” mode. Having your heart go into “high gear” for long periods of time can definitely contribute to heart disease risk.

Because angry tweets can contribute to a sense of negativity, you might think that the solution would be to avoid Twitter altogether. However, studies have shown that social media use can actually help some people cope with stress. On the other hand, some research indicates that social media can be a major cause of stress. Until there’s a definitive answer, the best option would likely be to try following some daily stress-reduction tips to lower your heart disease risk.