Infant Memory And Learning Improved By Timing of Naps 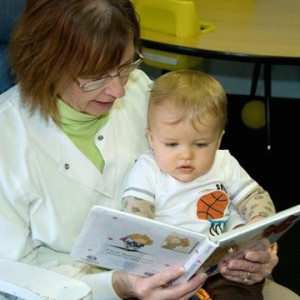 Everybody knows how important sleep is at any age. For adults, consistently getting a good night’s sleep can boost the immune system, improve mental health, and enhance brain function, as well as lower the risk of diabetes, obesity and heart disease. Many people also believe that sleep can promote memory. Although the actual science behind this claim is just emerging, many people believe strongly that performing tasks such as studying right before going to bed will greatly increase the chances of being able to recall information. Of course, newborns and infants have very different sleep schedules from adults. For the first few months, babies sleep anywhere from 14 to 18 hours per day including naps. So if the notion that sleep can improve memory and learning is true, could babies benefit from performing educational tasks right before taking a nap? A new study says yes.

The researchers who authored the new study, conducted in Germany and the UK, claim that surprisingly little is actually known about how sleep affects very young children. In order to test the impact of sleep on infant memory, researchers devised learning tasks involving hand puppets. The study involved 216 babies, aged between 6 and 12 months, who were taught three separate tasks involving the puppets. Half the babies ended up taking a nap within four hours of completing the tasks, and the other half either did not nap or slept for less than 30 minutes. When tested the following day, it was found that the babies who slept for a significant time after their learning sessions ended up retaining an average of 1.5 tasks. Babies who slept for 30 minutes or less could not repeat any tasks.

These findings challenge the belief that infant memory and learning is most effectively nurtured while the baby is wide awake. Whether a baby is on a fixed or flexible sleep schedule, it may be best for parents to encourage learning in close proximity to the baby’s next nap. Of course, the study did not determine whether or not a child will benefit from learning while sleepy or upset. Common sense would dictate that attempting to train a child while he or she is too sleepy or fussy would probably end up defeating the purpose.

High-Tech Toys May Not Be Best

So what tools can you use to promote infant memory and learning? Well, many toy companies claim that high-tech electronic toys and apps can be best for a child’s education because they’re specifically designed to make them smarter. However, many experts say that playing with physical objects such as blocks is still just as important for an infant’s developing mind. It’s likely best to balance out playtime between physical objects and electronic screens.

If there was ever any proof needed that bedtime reading is effective, this study is it. Making sure that your baby gets some sleep soon after training could improve the rate at which they learn new tasks. However, deciding how your baby learns will be just as important as when they learn.