Gluten Not The Only Protein That Affects Celiac Disease 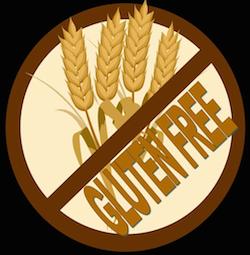 There’s no denying the increasing popularity of gluten-free products. According to U.S. News & World Report, household purchases of foods labeled “gluten-free” increased from 5 to 11 percent between 2010 and 2013. Also, sales of gluten-free foods are predicted to generate around $15 billion in yearly sales by 2016. The gluten-free option has become so popular that the FDA has had to step in to ensure that such claims on food labels are actually true. Despite this rise, however, the jury is still out regarding whether or not a gluten-free diet actually improves the lives of those who do not suffer from celiac disease. For example, this study shows that non-celiac gluten sensitivity may actually be a myth. Either way, the problem for those who actually suffer from celiac disease has just become more complicated, as a new study suggests gluten isn’t the only culprit in wheat.

The new study, published in the Journal of Proteome Research, tested celiac disease sufferers’ reaction to the other proteins found in wheat, rye and barley. While gluten makes up about 75 percent of the proteins found in these foods, researchers state that the reaction celiac sufferers have to the other proteins has not been thoroughly studied. Using serum samples, researchers found that celiac disease patients displayed much more antibody reactivity to the non-gluten proteins when compared to the control group. The main proteins that caused these reactions included purinins, serpins, globulins, amylase/protease inhibitors and farinins.

The findings suggest that serious celiac sufferers or those with a wheat allergy may wish to avoid wheat, rye, barely and malt altogether if they aren’t doing so already. Foods labeled “gluten-free” may not exclude the other proteins that also seem to cause celiac symptoms.

Many people adopt a gluten-free diet simply because they feel healthier and more energized when they don’t eat wheat, while others have a doctor-diagnosed gluten allergy. Some may also feel compelled to cut out wheat because some evidence suggests that there’s really no nutritional value in it anyway. Those that actually have celiac disease, however, cut gluten out of their diet to avoid a very specific set of symptoms, due to the fact that their body has a reaction to gluten that causes the immune system to attack the digestive system. These symptoms include:

Diabetes sufferers or people who have a family member with celiac disease are more likely to develop it. While currently only one percent of the population has it, the Celiac Disease Foundation claims that around 250 million people could have it without knowing it.

If gluten is truly not the only aggravating factor in wheat, celiac sufferers should investigate foods even if they’re labeled “gluten-free.” The researchers in the study recommend that doctors account for non-gluten proteins as well when exploring clinical treatments. For people adopting a gluten-free diet for other reasons, this study may or may not signal any needed dietary changes.