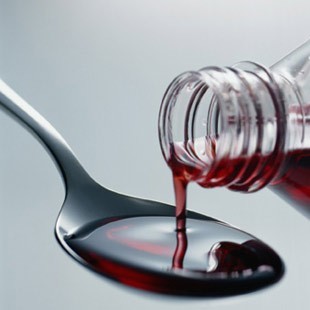 There are plenty of studies indicating that hospital mistakes are far too prevalent. So prevalent, in fact, that the rate at which hospital errors contribute to preventable death is reaching downright epidemic proportions. One study, published in the Journal of Patient Safety last year, says that between 210,000 and 440,000 preventable hospital mistakes contribute to patients’ death each year. This would make medical errors the third leading cause of death behind heart disease and cancer in the U.S. Those numbers are pretty depressing, but a newer study published this week in Pediatrics reinforces the fact that everybody – not just professionals – can be guilty of making medical mistakes. Parents of young children are so bad at administering medicine, in fact, that medication errors have occurred over 200,000 times every year from 2002 to 2012 – that’s one every eight minutes.

Liquid Medicine, Busy Parents Lead to the Most Mistakes

Researchers used the National Poison Database System to assess the number of out-of-hospital medication errors over the ten-year period. It was found that parents make the most mistakes – a total of 82 percent – when administering liquid medicine. Capsules and tablets made up 14.9 percent of cases. Unsurprisingly, the rate of medication errors decreased as a child’s age increased. In fact, 30 percent of the mistakes occurred when the child in question was under the age of six.

Also, one of the biggest medication errors that parents were prone to making involved over-medication. In 27 percent of cases, children were given a second dose of medicine too soon. The author of the study, a director at the Central Ohio Poison Center, indicated that a major cause of overdose is simply unintended error on the part of busy parents. Typically, one parent will administer medicine while trying to feed several children or put several children to bed. Then, the other parent enters the scene and gives a child a second dose without knowing the first dose occurred. Newer parents are the most prone to these types of mistakes.

The good news is that the vast majority of medication errors did not require professional treatment. Twenty-five cases did tragically lead to death, but most calls to poison control centers did not necessitate medical attention. Also, researchers found a sharp decline in errors related to asthma treatments and cough and cold medications in the mid-2000s. This drop is thought to be associated with the FDA’s 2008 advisory stating that children below the age of two should not use such medications at all.

Many things can go wrong when giving a child medicine. You might give the wrong medicine to the wrong child. You might be mistaken about the units of measure when administrating. You might forget when the child had their first dose. Whatever the mistake, however, medication errors are always unintended. The best course of action is to communicate well with any other caregivers and always administer medicine with focus and free of distraction. Also, try keeping a written schedule of when certain medicines have been given, and keep medicines for different children in different places or well-labeled. If there’s any chance that an error has been made, it’s best to contact a poison control center as soon as possible.