Let’s face it: weight loss is hard. Diet and exercise takes time, commitment and willpower. And with so many people trying to lose weight, it’s no surprise that marketers have been trying to sell people shortcuts for years. Most people know that weight loss products as crazy as say, tapeworms, are way too dangerous and ineffective to attempt using (although it still happens in rare cases). However, there have been tons of bizarre weight loss products over the years that have been less risky but no more effective. Even just this week, the Federal Trade Commission had to put a stop to two companies that were manufacturing caffeine-infused underwear such as leggings, bras and girdles. The companies, Norm Thompson Outfitters and Wacoal America, were charged with deceptive advertising, as they promised “slimming and firming” within a month but had no evidence to backup those claims. Customer refunds will total around $1.5 million.

This is of course not the first time such weird weight loss products have promised easy results. Throughout history, a whole slew of ill-advised devices have cropped up, including the famous vibrating belts and the electric shock-based “Relax-a-Cizor.” Here are some bizarre weight loss products that have come out just in the past few years.

It’s no secret that too much sitting is terrible for your health, yet many people spend at least 40 hours a week doing it. So how can you prevent the weight gain caused by too much sitting? Could you even lose weight while sitting at your work desk? According to the makers of the Hawaii Chair the answer is yes.

Why it doesn’t work: The chair promises ab and core exercise by automatically rotating in a hula motion while you sit. Of course, as was famously pointed out on Ellen, it’s completely impractical and difficult to even stay seated.

Cool Shapes are among the seemingly never-ending trend of wearable weight loss products. According to their website, Cool Shapes involves putting gel packs into “compression shorts” in order to “freeze away fat.” 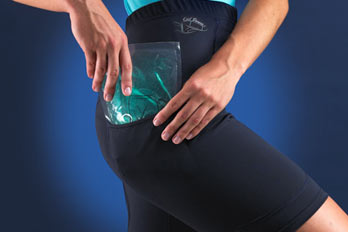 Why it doesn’t work: Results are promised within five weeks, and the site has tons of testimonials. However, there’s really no evidence that fat cells can be diminished simply by making them cold.

Thermal clothing isn’t necessarily “weird,” but its use as a weight loss product is definitely misguided. The premise is that sweating more while working out will burn more fat and cause weight loss. 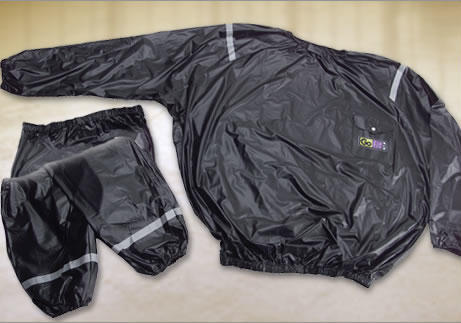 Why it doesn’t work: The basic problem here is that weight lost due to sweating is quickly gained back by consuming water and eating food. While wrestlers do often use thermal clothes to make weight, a typical person will find them useless and perhaps even counterproductive for weight loss.

In theory, the blue-hued sunglasses cause a person to lose weight by making their food appear disgusting while worn. The apparent loss of appetite is supposed to lead to decent portion control.

Why it doesn’t work: There’s no real hard evidence on the sunglasses’ effectiveness. However, if they really did work, we’d probably be seeing a lot more people using them.

The concept behind these weight loss products is that eating more slowly will prevent you from overeating. The forks and spoons have lights that alternate between red for 25 seconds and green for 40 seconds. When the light is green, you can take one bite, chew and swallow. When the light is red, you shouldn’t be eating.

Why it doesn’t work: While eating more slowly is generally accepted as a good idea for weight loss, it’s not going to be the only thing that helps. If you have the willpower to follow the blinking lights, you should also pay attention to what you’re eating and how much exercise you’re getting.

A process known as Vaser uses sound waves to melt fat away from the mid-section. The process is supposed to be a less invasive form of liposuction for people who are already relatively healthy.

Why it doesn’t work: While it’s not entirely refutable, it’s definitely expensive. ABC news reports that people are paying thousands for the procedure.

What if you could experience your favorite flavors without having to eat the unhealthy foods themselves? That’s the goal of Flavor Spray, which imitates popular sauces, dressings and gravies without containing any calories, fat, carbs or cholesterol. 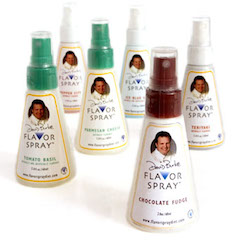 Why it doesn’t work: The problem here is that Flavor Spray is essentially just a spice, such as garlic powder or black pepper. Your body will likely not be “tricked” into thinking the quinoa you’re eating is actually smoked bacon. In fact, you’ll probably just end up just craving the real thing instead.

Older products such as weight loss soap are still around today. Countless exercise contraptions such as the Hawaii Chair have been invented over the years, and it’s not likely that they’ll ever stop being made (even after the Shake Weight). The main thing to remember is this: if it seems too good be true, it probably is. Traditional diet and exercise regiments are the most effective, safest ways to lose weight. This usually means actually preparing healthy meals and getting out of your house.