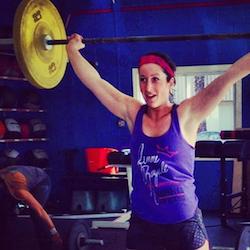 Workouts and Surrounding Culture are Intense

For those unfamiliar with CrossFit, it’s a high-intensity interval training program similar to P90X or Insanity. Founded in 2000, CrossFit combines powerlifting, gymnastics, calisthenics, olympic weightlifting, plyometrics and several other exercise strategies into rigorous daily workouts. CrossFit allows for rapid weight loss and muscle gain. Over 10,000 gyms in the U.S. now offer CrossFit workouts, which often make use of barbells, gymnastic rings, kettebells, medicine balls, jump ropes, resistance bands and several other pieces of equipment. Gyms that participate in CrossFit are known as “boxes,” and the classes usually consist of hourlong sessions including a warmup, the high-intensity “workout of the day (WOD),” and stretching.

It is perhaps the culture of CrossFit that many point to when explaining their derision. CrossFit instructors only have to pass a two-day training session before becoming certified as a Level 1 Trainer. While this isn’t exactly unusual when it comes to exercise programs, it does cause some to question the credibility of CrossFit when considering how intense and varied the workouts are. It could be argued that many instructors might not know when they’re pushing exercisers too hard. Also, CrossFit workouts encourage competition. WOD performance is ranked and scored, fostering a culture in which exercisers strive to constantly improve their performance and overcome their peers.

Lastly, two horrible “unofficial mascots” – Pukie the Clown and Uncle Rhabdo – are certainly not doing CrossFit any favors in the reputation department. Pukie refers to the tendency for some exercisers to vomit from the intensity of the workout – this is even considered a rite of passage by some. Uncle Rhabdo refers to a rare but very serious condition known as Rhabdomyolysis, in which damaged muscle tissue breaks down and ends up in the bloodstream. Rhabdomyolysis can lead to kidney failure and even compartment syndrome, which in turn can necessitate surgery to relieve pressure in swollen muscles.

There are only a few studies that have tried to answer the question of “is CrossFit safe?” The first one, conducted by researchers at The Ohio State University, concluded that CrossFit is very effective. It states, “Our data shows that HIPT [high intensity power training] significantly improves VO2max and body composition in subjects of both genders across all levels of fitness.” However, another line in the study has created serious concern about injury. It claims that 11 people did not complete the course, nine of which cited overuse or injury. This is significant because there were only 54 people in the study, meaning that 16 percent of participants suffered an injury.

The owner of the gym has since questioned the validity of the study, claiming that participants were not actually interviewed as to why they didn’t complete the program. In fact, the owner is going so far as to actually sue the researchers, creating a somewhat unprecedented situation.

The results of the second study are much more forgiving. According to the data collected, CrossFit has an injury rate of about 3.1 per 1000 hours trained, and no cases of rhabdomyolysis were reported. This means that “is CrossFit safe” could be answered with, “about as safe as gymnastics or powerlifting.” In fact, this injury rate is lower than what’s seen in some versions of rugby. On the other hand, the data was collected using an online questionnaire, which leads to all sorts of doubts about the credibility and precision of responses.

Is CrossFit Safe: The Bottom Line

“Is CrossFit safe” is a question with no easy answer. The research just isn’t definitive either way. However, it must be remembered that any physical activity can lead to injury. Exercisers constantly risk injury in order to improve their bodies. Also, it’s been proven that CrossFit really does get results. So, it’s up to each person to simply dedicate themselves to the program while approaching it with safety in mind. Here’s what we advise when beginning CrossFit:

It’s important to note that this advice is useful for any fitness program. However, it might be even more crucial when it comes to CrossFit, if for no other reason than to avoid being the next “CrossFit fail” on YouTube.

2 Responses to Exercise Risks and Rewards: Is CrossFit Safe?