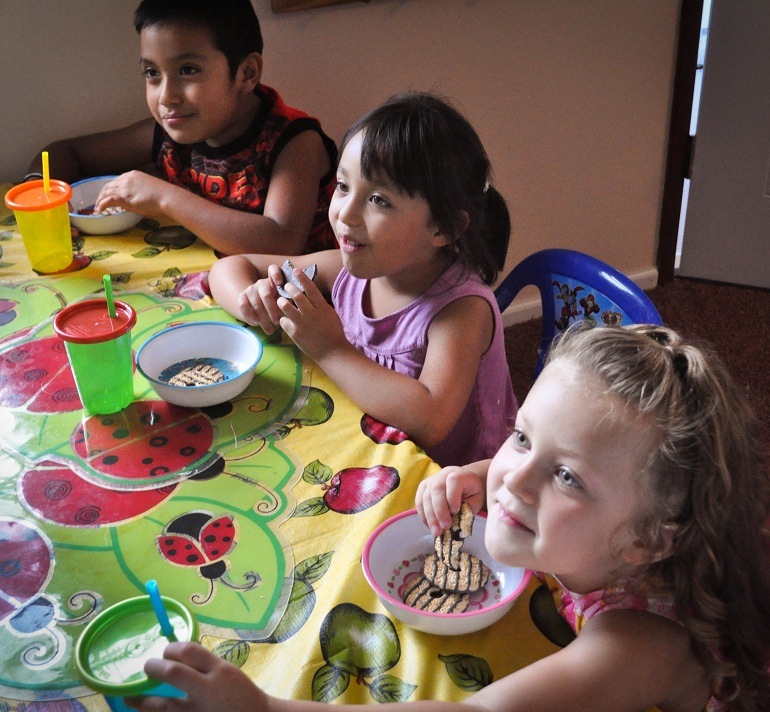 According the United States Census Bureau, around 23.5 percent of all children under the age of five in the U.S. attended some sort of organized care facility in the spring of 2011. Unfortunately, children who attend day care are more likely to struggle with weight problems as they approach adolescence, according to a new study on the cause of obesity by the University of Montreal.

During the study, children who were enrolled in day care between 1 and 4 years of age increased their risk of being obese or overweight by 65% by the time they reached the age of 4 to 10. Further, children cared for by non-parental family members were also more likely to struggle with weight later on, though not to the same extent as day care children. Children who were cared for exclusively by their parents prior to age 4 did not exhibit this increased risk.

In order to conduct their study, University of Montreal researchers extracted information on 1,600 children born between 1997 and 1998, all of whom participated in the Quebec Longitudinal Study on Child Development. The researchers tracked the children for a total of 10 years. Roughly 30% of the children in the study attended day care, while 19% were in the exclusive care of their parents. The other children in the study were cared for by non-parental family members, family friends and nannies.

In order to ensure the validity of their data, the researchers accounted for factors such as whether the children were breast-fed, whether the parents were employed, the mother’s body mass index and total family income.

A previous study following 16,000 children in the U.S. came to similar conclusions, finding that children are at a 30% increased risk for obesity by the time they reach kindergarten when they’re cared for by friends, neighbors or relatives instead of parents during the year leading up to kindergarten.

What Does Day Care Have to Do with the Cause of Obesity?

As of now, researchers are unsure why kids who attend day care are more likely to have weight problems as they approach pre-adolescence, though they intend to run further studies in the future to find out. In theory, children who attend day care should be less prone to obesity since many day care centers have policies promoting healthy nutrition and regular physical activity. Of course, it’s possible that many day care centers fail to follow these guidelines as closely as one would hope — and for children with an adverse attitude toward exercise and healthy eating, it may be that parents are more capable of providing influence than day care staff.

According to Jean Seguin, one of the lead researchers behind the study, the best thing that parents can do is to make sure their children are eating properly and getting plenty of exercise when they’re at home. In addition, parents should review the eating and exercise policies maintained by the day care center, and pack food for the children if the day care center’s menu is unhealthy. Children under the age of 6 should get at least 3 hours of exercise per day, according to recent guidelines by the U.S. Institute of Medicine and other organizations.

Children who attend day care are significantly more likely to develop weight problems than children who do not, according to a recent study by the University of Montreal. The full text of the study can be found online in the Journal of Pediatrics.