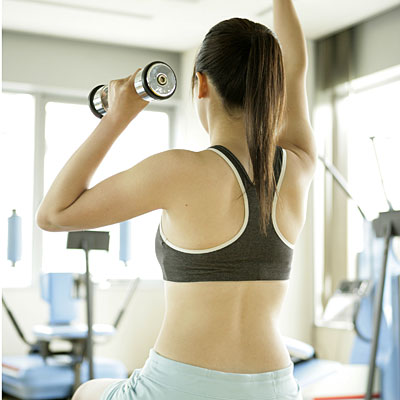 A surprisingly large number of teenagers, including both boys and girls, care about building muscle and take various steps toward doing so, according to a new muscle building study by researchers at the University of Minnesota. While many of these muscle building habits are healthy, some of them could actually lead to long-term health problems, according to the researchers. It’s important for parents, doctors, educators and the teens themselves to understand which bodybuilding habits are healthy and which are not.

The study, which surveyed approximately 2,800 students from 20 middle schools and high schools around St. Paul and Minneapolis, came to some interesting conclusions about the muscle building habits of teenagers. Approximately 80% of girls and 91% of boys said they exercised longer and/or harder to increase muscle.

Making changes to eating habits to support muscle growth was found to be less common but still highly prevalent, with 62% of girls and 68% of boys admitting to doing so. Teens unfortunately reported using riskier methods as well, however.

Bodybuilding supplements such as protein powder, creatine and steroids have caught on in various degrees among teenagers. Approximately 21% of female participants said they’d used protein powder over the past year to increase muscle mass or toning, while 35% of teenage boys said the same. Creatine was less popular but far from rare, with 5.5% of teen girls and 10% of teen boys saying they’ve used it. While creatine and protein powder are largely safe when used as directed, steroids could lead to serious health problems in teens and adults alike. Unfortunately, 4.6% of girls and 6% of boys said they’d tried steroids in the past.

In general, making changes to diet and exercise in order to support muscle growth is healthy behavior for teenagers, so long as they understand how to do it properly and don’t overtrain and injure themselves. However, this also depends on the teen’s original exercise and/or eating habits, according to the researchers. For example, a teen who already compulsively exercises would be making an unhealthy decision by deciding to exercise even more, according to University of Minnesota pediatrics professor Marla Eisenberg.

Eisenberg also said that protein shakes may be beneficial to teens looking to make gains in muscular strength, mass and density, but not if they’re used as replacements for real food. Ideally, teens should be getting as many of their nutrients as possible through natural, whole foods such as chicken, lean meat, fruits, vegetables, whole grains, low-fat dairy, legumes, nuts and seeds.

In addition, Eisenberg said that while many of these statistics could point to healthy trends among teens, they could also point to teens with body image problems, something that’s becoming increasingly prevalent among teens.

Ultimately, the only thing that the study says for sure is that the majority of teens are concerned with their muscularity and want to improve it.

Past studies have also found that muscle building supplement use among teens is uncommon but not extremely rare. According to these older studies, roughly 8% of teenage girls and 10% of teenage boys use protein supplements, while 2% of girls and 4% of boys use bodybuilding steroids. However, these studies did not look to see how many teens were engaging in more common bodybuilding activities, such as making modifications to diet and exercise.

The study did have one significant shortcoming in that it only examined teens from a single state in the U.S. It’s possible that data could be different for other areas with different demographic makeups.

What Doctors and Parents Should Tell Teens

According to the researchers, the muscle building study gives parents and pediatricians a reason to talk to teenagers about healthy exercise and eating habits. It’s wonderful that so many teens are interested in exercise and fitness, but only if they pursue it in ways that are healthy and sustainable. Further, pediatricians should teach teenagers about the possible dangers of steroids and other muscle building supplements. Finally, teens should be taught to focus on overall health and fitness, not just obtaining the most muscular physique possible.

Muscle building is very popular among both teenage boys and girls, but some teens may be doing themselves more harm than good depending on how they go about it, according to a new study. The full text of the study is available online in the medical journal Pediatrics.