Plenty of Surprises in New Dietary Guidelines for Americans 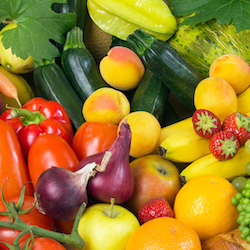 Every five years, the U.S. Department of Agriculture and the U.S. Department of Health and Human Services collaborate to publish the Dietary Guidelines for Americans. The publication essentially serves as the U.S. government’s official food and beverage recommendations for Americans, based on the most recent health research and evidence. The guidelines aim to help people maintain a healthy weight and prevent chronic disease, while also providing educational institutions and healthcare providers with reliable dietary strategies and recommendations. They also help inform national health promotion programs, school lunches, food labels and various policies in many different industries and organizations. So, these Dietary Guidelines are extremely important for shaping what Americans eat and what they deem is healthy. The latest version, published last week, has some interesting surprises – and many health experts aren’t happy.

Cholesterol Not as Harmful?

Much of the guidelines reassert health notions that we’ve known for years. For example, around 75 percent of Americans do not eat enough fruit or vegetables. Most Americans exceed the recommended limits for saturated fats, added sugars and sodium. And of course, many Americans simply consume too many calories throughout the day. Cutting down on added sugar such as soft drinks and sweets, limiting your sodium intake, cutting down on saturated fat, reducing portion sizes and eating more fruits and veggies can all make a seriously positive impact on your health. Reducing sugar intake may be the most difficult aspect of this, as hidden sugars are found in so many things Americans eat every day.

At the same time, the new guidelines have some surprising new developments:

Health experts have given the new guidelines mixed reviews. While some claim the new recommendations are in line with the latest research for the most part, others have pointed out that the dangers of red and processed meat are being particularly ignored. As pointed out by Time, critics of the new guidelines, including those from the American Cancer Society, state that the new recommendations simply aren’t explicit enough in telling people that red and processed meats should be seriously limited in one’s diet. There’s plenty of evidence showing that consuming too much of these types of meats is directly related to higher rates of cancer and heart disease. However, because the USDA’s primary stakeholders are major food manufacturers, some experts believe that politics has come into play – leading to confusing, unclear guidelines concerning the real dangers of processed meat.

These Dietary Guidelines can have a huge impact on American society. They played a big part in the low-fat, high-carb diet recommendations that dominated much of the 1980s and 90s – a trend that has since been shown to be backwards and has failed to prevent a huge increase in obesity during that time period. Nevertheless, many health experts state that the guidelines have helped to improve Americans’ eating habits while painting a clear picture of what a healthy diet should be. Regardless of politics or potential mistakes, the basic assertions of these guidelines should definitely be followed: more fruits and veggies, less sugar, fewer calories, smaller portions.