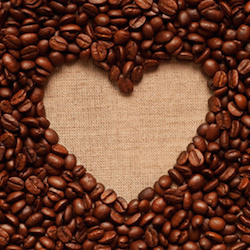 There’s no doubt that coffee is one of America’s favorite beverages. According to the National Coffee Association, 59 percent of Americans currently drink a cup of coffee every day. Some sources indicate that American workers who buy coffee regularly throughout the week spend an average of $1,092 on coffee every year. Despite it’s popularity, however, the effects of coffee on health are somewhat nebulous. Many studies have shown that coffee can provide all sorts of health advantages, such as skin cancer prevention and mental benefits. On the other hand, coffee is thought to present problems for those with cholesterol issues or sleep problems – especially if it’s loaded with sugar. The latest study is another win for coffee lovers, but despite the study’s massive coverage in the media, the results actually aren’t universally positive.

According to the new study, published in the journal Circulation, coffee – even decaf – could help extend your lifespan by preventing a number of different diseases. Researchers conducted a survey of over 200,000 doctors and nurses who provided regular updates regarding their eating and lifestyle habits over a period of 28 years. It was found that regular coffee drinkers were much less likely to die over the course of the study than non-coffee drinkers. Specifically, it was found that drinking three to five cups of coffee every day was linked with a lower risk of mortality from causes such as cardiovascular disease, diabetes, Parkinson’s disease, Alzheimer’s and suicide.

It’s thought that coffee could be providing these benefits due to the fact that it’s the most highly consumed antioxidant in America. Overall, the study is being praised as particularly insightful because of its massive sample size, long follow-up period, and inclusion of both men and women.

But There Are Some Catches

Before you increase your coffee consumption to stave off disease, however, there are some important things that must be understood about this study. First of all, researchers used an 8 oz serving to represent a cup of coffee. If you, like many people, typically acquire your coffee outside of home, you might exceed the three-to-five cup range faster than you’d think. After all, one of the smallest sizes at Starbucks, known as “tall,” is 12 oz. A “grande” is 16 oz, and a “venti” is 20. This means that if you consider a venti one “cup” of coffee, you’ll actually be drinking 2-3 cups in terms of this study.

Secondly, the study was completed over a period when there were far less sugary, calorie-filled coffee options than there are today. Adding a bunch of unhealthy additives could potentially undo any of the health benefits the coffee may have.

Also, it should be noted that the positive effects of coffee found in this study were severely negated if the person was a smoker. Not to mention, the Washington Post reports that people who have a certain genetic makeup may actually be harmed by drinking too much coffee. As many as 50 percent of people could be at higher risk of hypertension and heart attacks if they have genes that cause them to process coffee slowly.

Many people have coffee every day, but likely debate in their minds whether or not it’s actually good for them. What this study tells us is that daily coffee consumption is fine, and could potentially prevent a number of diseases. However, it must be remembered that adding sugar or continuing with other unhealthy lifestyle choices like smoking will likely cancel out many of those beneficial effects.