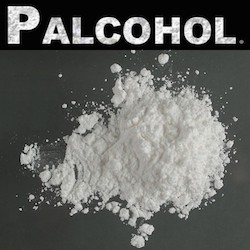 The Case Against Powdered Alcohol

So if the end result of purchasing Palcohol is the creation of a perfectly legal drink that you could get anywhere in America, what’s the big deal? Well, as concerned parent groups and lawmakers are pointing out, alcohol in powdered form presents unique dangers. When used as directed, Palcohol is no more dangerous than buying alcohol from a liquor store or bar. But in powdered form, the product could be eaten, snorted or sprinkled on food, which could lead to dangerously fast intake and seriously accelerated inebriation. Not to mention, a powder is much more easily concealed than a bottle or flask, making it possible for people to consume Palcohol just about anywhere. Spiking food or drinks might also be easier. These problems are obviously exacerbated when considering the fact that it could easily fall into the hands of minors.

Due to these concerns, Governor Cuomo of New York has become the latest lawmaker to ban powdered alcohol. Other states that have banned the product include:

Maryland and Minnesota currently have temporary bans on Palcohol as well.

Why Would Anybody Want Powdered Alcohol Anyway?

The makers of Palcohol argue that it’s more than just a novelty concept. Powdered alcohol allows for ease of transport – rather than having to carry around cumbersome bottles, a small amount of powder is ideal for performing physical activity such as hiking or camping and enjoying a drink at your destination. The Palcohol site also vigorously defends the product against the accusations, claiming that all potential dangers are speculations being made by people who don’t truly understand what the product is. They also state that powdered alcohol is not concentrated and is no more dangerous than liquid alcohol, and that banning it could actually make it easier for minors to obtain.

Whether or not you agree that powdered alcohol should be banned, there’s no question that it’s just as dangerous as regular alcohol and could just as easily be abused. If it does end up on the shelves in your state, education and personal responsibility will be necessary to protect your loved ones from its dangers – just like with regular alcohol. Parents should be sure to stay abreast of where powdered alcohol will be allowed. If they live in a state where it’s permitted – or if their children are traveling to one – parents should be sure to inform their kids of the potential dangers.