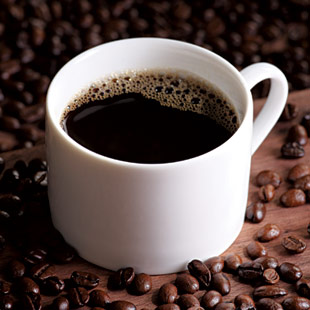 Skin cancer rates continue to climb upwards in the U.S. The number of new cases each year – around 63,000 – warranted a Surgeon General’s call to action in July of 2014, and a total of about 5 million Americans receive skin cancer treatment each year. The deadliest type of skin cancer, malignant melanoma, is now the fifth most common form of cancer behind prostate, breast, lung and colon cancers.

One of the most unfortunate aspects of the rise in melanoma rates involves the fact that skin cancer is, to a certain extent, preventable. People can greatly reduce their risk of skin cancer by not tanning, staying out of the sun, and wearing sunscreen. Apart from all that, however, one study has found another prevention strategy that you might already be taking part in: daily coffee consumption.

Caffeine Could Be Beneficial

For the new study, researchers analyzed some data gathered during the very large NIH-AARP Diet and Health Study, which took place in the mid-1990s. The data involved over 447,000 people who were questioned about their eating habits, and researchers followed up with these study participants 10 years after the initial questionnaires were sent. According to this data, people who claimed to drink four or more cups of coffee a day ended up having a 20 percent lower risk of developing malignant melanomas. There appeared to be a direct correlation between coffee and skin cancer risk, meaning that the more coffee a person drank, the lower their risk of melanoma seemed to be. Caffeine is likely responsible for some of these effects, as no correlation was found between drinking decaffeinated coffee and skin cancer risk reduction.

The people studied were all non-Hispanic whites, as that demographic is typically more prone to developing skin cancer. Other factors that have been known to affect skin cancer risk were also taken into account, including age, UV radiation exposure, gender, alcohol consumption, body mass index, physical activity and smoking history.

Other Health Benefits of Coffee

Americans drink an average of three cups a day per person. While it can’t necessarily be considered a health food, coffee does have some redeeming qualities. Some research has shown that coffee drinking can reduce the risk of developing type 2 diabetes – as long as the sugar is left out. Also, coffee and caffeine have been known to prevent and sometimes even combat the effects of Parkinson’s disease. There’s even evidence that drinking coffee could be protecting your liver.

Suggesting that coffee will absolutely prevent your chances of getting skin cancer would be inaccurate. This study merely shows that there’s an inverse relationship between coffee consumption and skin cancer risk. It does not necessarily state that coffee is the exact cause of the risk reduction. Nevertheless, people who feel addicted to coffee and are trying to cut back can at least have a little peace of mind knowing that they might be reducing their skin cancer risk.