Physical Inactivity Deadlier Than Obesity According To Massive Study 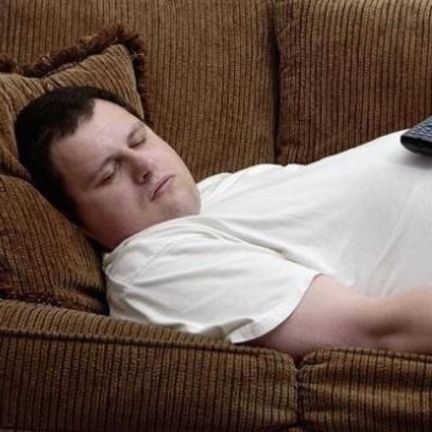 Any busy person who’s trying to stay healthy has probably heard tons of advice about how to fit more exercise into their day: take the stairs instead of the elevator, park the car far from the store and walk through the lot, ride a bike to work if possible, use a stability ball at your work desk, exercise while watching TV, or develop physical hobbies like gardening. Indeed, several studies have shown that small amounts of physical activity can be beneficial. Performing light exercise such as household chores or workout video games can stimulate the body to burn calories. Alternatively, physical inactivity such as watching TV or sitting at a desk for hours can seriously increase the risk of several diseases. Lack of exercise is usually tied in with obesity; however, a new study shows that physical inactivity could be deadly whether you’re obese or not.

The new study, published in The American Journal of Clinical Nutrition, analyzed a staggering 334,161 European men and women between 1992 and 2000. Data was taken from the European Prospective Investigation into Cancer and Nutrition study. Researchers took note of participants’ weight, waist size, height and levels of physical activity. Just under 23 percent of test subjects reported engaging in no recreational exercise while also working sedentary jobs. During the eight-year period, 21,438 of the participants died. Surprisingly, researchers found that people who reported getting enough exercise to burn just 90-110 calories per day were 16 to 30 percent less likely to suffer early mortality than those who reported physical inactivity. Burning this many calories amounts to taking a brisk, 20-minute walk every day. These benefits were noticed in both healthy and overweight people.

Lack of Exercise in America

The study was conducted in Europe, but it’s likely that the results would be similar if it took place in the U.S. Obesity is a well-known problem in America, but physical inactivity is becoming worse and worse as well. Last year, it was reported that the percentage of women in America who reported getting no exercise skyrocketed from 19 to 52 percent between 1988 and 2010. The number of men who reported being inactive also saw a massive increase from 11 to 43 percent in the same timeframe.

The study was limited by the fact that the amount of exercise performed was self-reported. Studies involving self-reporting often involve at least some mistakes and misjudgments. However, the most important takeaway here is that 20 minutes of walking per day could significantly improve quality and length of life. Simply replacing twenty minutes of TV with a quick walk every day might end up being one of the smartest decisions you could make this year.