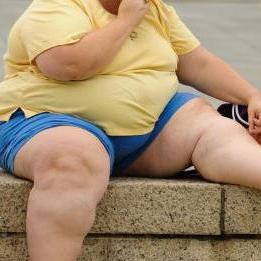 For the last 25 years, the United Health Foundation has provided a health rankings report, which aims to provide an overall snapshot of the U.S. population’s health in each state. While there is always some good news and some bad news in the health rankings, the 2014 report is anything but encouraging. Despite a decrease in obesity rates over the past few years, the obesity rate in 2014 was the highest it’s been since the health rankings began. It’s 24.9 percent – over double what it was 25 years ago. This also means that well over one in four Americans is obese. At the same time, the number of people who reported engaging in no physical activity has gone from 22.9 percent last year to 23.5 percent in 2014. Of course, some areas of the U.S. are healthier than others. For the third year in a row, Hawaii is considered the healthiest state in the nation. Southern states tended to show up near the bottom of the list.

The health rankings report assesses several factors such as obesity, smoking, diabetes and physical inactivity rates to come up with the state rankings. Here are all the states ranked by the health of their population:

Diabetes rates rose to nearly 10 percent this year, which more than doubles the figure from 20 years ago. Not only are all of these medical issues disheartening, they’re also costly. The rankings report states that 17.9 percent of the U.S. gross domestic product is spent on health care – this is the highest in the world. The Marshall Islands ranks at number two, spending 15.6 percent of their GDP on health care. Only 23 countries spend more than 10 percent.

International Comparisons Not Promising Either

Among “high-income countries,” the U.S. comes in near the bottom for factors such as infant mortality and life expectancy. Although infant mortality rates are dropping overall, they’re still occurring at a rate of around 6 per 1,000 births. This puts the U.S. at 42nd in the world, tied with Serbia, Slovakia and Macedonia. Countries such as Japan and Australia have half as many infant deaths. Also, the current life expectancy of 79 puts the U.S. at 34th, tied with Colombia, Costa Rica, Cuba, Nauru and Qatar. Japan has the highest life expectancy at 84.

Luckily, there is some good news in the health rankings. Smoking rates in the U.S. have continued to decline and are now at around 18 percent. Also, immunization coverage among adolescents increased by 5 percent. Maryland, Texas and Virginia made significant improvements in their health rankings since last year. Maryland in particular moved up eight spots.

Obesity and diabetes are closely linked with lack of physical activity. Without exercise, obesity and diabetes rates will continue to rise. Of course, food choices are just as important. National health is a very complex problem, however, and it has educational, economic, societal and political ramifications. Once people have the tools and information to live healthier, it will ultimately come down to personal responsibility to make healthy choices.