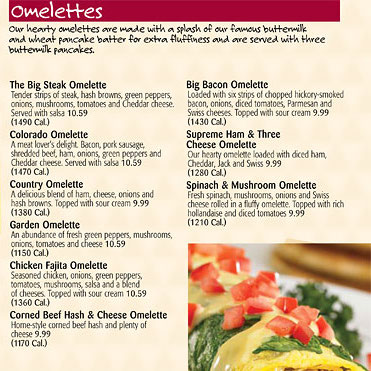 Obesity has reached epidemic proportions in the U.S. and around the world. In terms of general public health, it’s clear that something needs to change. The what and how regarding that change is widely disputed, however. Now, in a move that’s sure to face future political and legal challenges, the U.S. Food and Drug Administration (FDA) has issued new rules that require calorie counts to appear in menus at restaurant chains, pizza parlors and movie theaters. This labeling requirement was actually made into law with the passing of the Affordable Care Act in 2010, but the regulations have taken years to enact due to tough opposition from the food industry establishments being affected by them. Regardless of your political leanings, it seems to make sense that calorie counts would lead to healthier food choices. But can businesses bear the cost?

About the New Rules

According to the FDA’s press release, Americans get around one-third of their calories outside of their homes. After assessing over 1,100 comments from consumers and stakeholders, the FDA formulated exactly which foods and establishments should be targeted. Calorie counts will be required for:

Single-person grocery store items include foods such as deli sandwiches or hot dogs as opposed to a loaf of bread. Calorie counts must be displayed “clearly and conspicuously” adjacent to the name or price of the food item. Exempt foods include daily specials, seasonal items and condiments. Menus must also include the phrase:

“2,000 calories a day is used for general nutrition advice, but calorie needs vary.”

The establishments that must comply with the rules will also have to provide written nutrition information regarding fat content, calories from fat, trans fat, saturated fat, sodium, carbohydrates, sugars, cholesterol, protein and fiber if requested by a customer. Restaurants, theaters and grocery stores will have one year to comply, while vending machine operators will have two.

Labeling advocates are praising the new rules, stating that this transparent and consistent system will help curb the obesity numbers and promote a healthier population. Indeed, these new requirements are part of a trend that’s already underway. New York City, for example, has had calorie count requirements in place for years. Also, studies have shown that being forced to display the calorie counts often causes restaurants to provide significantly healthier options.

However, not everybody is happy about this development. Grocery store representatives in particular have stated that it’s impractical to require calorie counts on made-to-order food. Prices for fresh options at grocery stores could go up simply due to the extra signage and training required to comply. Not to mention, some studies suggest that calorie counts on menus won’t actually lead to smarter consumer food choices.

At the very least, these calorie counts should dissuade individuals from consuming the absolute worst restaurant meals. Only time will tell if the revised menus actually have an effect on Americans’ waistlines, however. What do you think? Will the costs outweigh the benefits? Or are the costs being exaggerated?