Drinking Milk for Bone Health Could Actually Have Opposite Effect 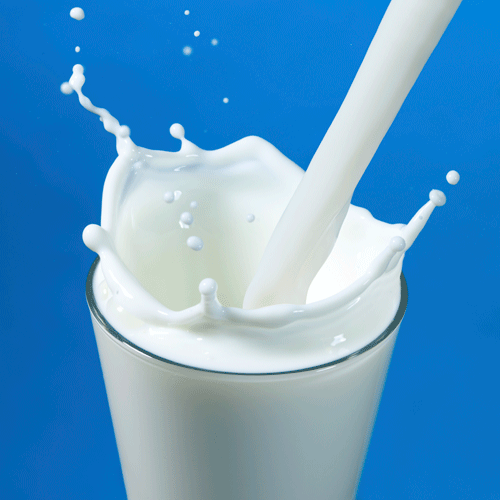 Every five years since 1980, the USDA and the HHS have jointly published the Dietary Guidelines for Americans. It’s an exhaustive document detailing the foods and serving sizes that Americans should consume in order to promote health, prevent disease and maintain a healthy weight. When it comes to milk consumption, the 2010 edition states that “recommended amounts are 3 cups per day of fat-free or low-fat milk and milk products for adults.” Drinking milk in this amount is thought to promote bone health and decrease the risk of fractures due to the amount of calcium milk provides. However, health professionals don’t always agree with this notion. For example, a Harvard School of Public Health report indicates that the jury is still out on the benefits of milk. Now, a new study is not only casting doubt on milk’s bone health effects, but it’s also showing that milk could do a lot of damage.

The study, published by the BMJ and conducted by researchers in Sweden, used questionnaires to gather information from over 100,000 people. When the study began, the men were between the ages of 45 and 79, while the women were between the ages of 39 and 74. The study followed up with female volunteers after 20 years and male volunteers after 11 years. The questionnaires took note of the participants’ weight, height, marital statuses, education levels and lifestyles, as well as their consumption of common beverages and foods. It was found that the women who drank at least three glasses of milk per day were surprisingly more likely to suffer fractures and death. Avid female milk drinkers were:

Drinking milk in the recommended amounts only caused men to be 10 percent likelier to die during the study. Also, avid milk-drinking men were found to be 16 percent more likely to get cardiovascular disease, and drinking milk had no effect on bone fracture or cancer rates.

Researchers explain that the starling numbers could have something to do with lactose and galactose – two sugars that are often present in milk. Galactose in particular has been tied to aging processes such as oxidative stress and inflammation in animal tests. Indeed, people who drank lactose-free milk were found to be less at risk. Luckily for dairy lovers, cheese, yogurt, buttermilk and sour cream have far less lactose and galactose than typical milk does. If researchers are correct about these sugars causing health issues, it’s at least encouraging to know that cheese and yogurt could be safe.

In an accompanying editorial, a City University of New York School of Public Health professor admits that more research must be done before we can truly assess whether or not the sugars present in milk actually decrease bone health and lead to mortality instead of what’s generally been believed for years. Indeed, the questionnaire nature of the study could have led to skewed or dubious results. For now, the best course of action would be to talk with your doctor if you’re at all worried about getting the correct amount of calcium. There are many other healthy ways to get calcium in your diet apart from drinking milk.