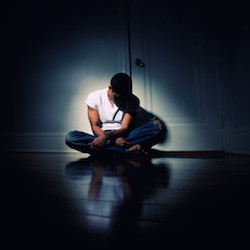 The death of legendary comedian Robin Williams last week has once again shone a light on difficult and complicated topics: depression and suicide. According to the Anxiety and Depression Association of America, 14.8 million Americans over the age of 18 are affected by major depressive disorder. This comes out to about 6.7 percent of the adult population. The number of people in the U.S. that suffer from any anxiety disorder totals a whopping 40 million adults. Depression is also a major risk factor for suicide, which claimed 39,518 lives in 2011. This makes it the 10th most common cause of death in the U.S. Also, it’s estimated that Americans spend $42 billion per year on anxiety and depression treatment. But is it working? New research published in the Journal of the American Medical Association shows that antidepressants alone may not be effective enough.

Depression Treatment Should Include Both Medication and Therapy

To conduct their study, researchers examined 452 adults that suffer from depression. The participants were randomly arranged into groups that were treated using either a combination of antidepressants and cognitive therapy or antidepressants alone. Researchers then took note of how long it took patients to recover. In depression treatment, a “recovery” is achieved when a patient goes six months without any symptoms of depression. It was found that people who had both antidepressants and therapy did better. According to one researcher from Vanderbilt University, it’s thought that the two methods work together well because they affect different parts of the nervous system: cognitive therapy works within the frontal cortex of the brain while antidepressants affect areas near the brain stem that generate emotions.

It should be noted, however, that the patients who saw improvement typically had severe but non-chronic depression. Patients with less severe or chronic depression symptoms did not benefit much from the combined treatment strategy. Nevertheless, many are seeing this study as further proof that depression treatment must go beyond simply treating the symptoms. One psychiatry professor from the University of Pennsylvania is calling for more research to be done on methods such as mindfulness, dialectical behavior therapy and interpersonal psychotherapy in order to help patients who do not show improvement after typical treatment methods are used.

The incredibly saddening death of Robin Williams actually reflects a disturbing trend among the beloved actor’s age group: an increase in suicide. In the year 2000, 10.4 out of every 100,000 people committed suicide. In 2011, that number rose to 12.3, making suicides more common than car accident deaths. Specifically, suicides in people aged 45 to 59 have jumped sharply in the last decade – changing the popular notion that suicide is most likely to occur during young adulthood or old age.

More women suffer from depression than men, and women more commonly have suicidal thoughts. At the same time, men are much more likely to actually complete the act of suicide. In fact, men commit suicide nearly four times as often. According to a sociology professor from Rutgers, middle aged men are now taking their own lives more often than the elderly – a phenomenon that has not occured in at least the last century. She went on to say that men of the baby boomer generation are now 60 percent more likely to commit suicide than their father’s generation was when that group reached middle age.

So what can be done? Well, the first step is to recognize the symptoms of depression. Seek help immediately if you or someone you know starts showing symptoms such as:

It should be noted that men may present different symptoms. Bouts of aggression, irritability, substance abuse and reckless behavior can be just as telling as sadness, crying and traditional symptoms. Also, it’s important to recognize the suicide warning signs. Again, the most recent research suggests that a combination of antidepressants and therapy could be the most effective depression treatment, regardless of gender.