Study Finds Link Between Exercise and Brainpower in Kids 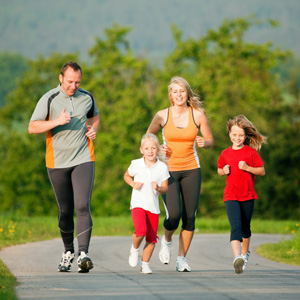 The importance of exercise for children cannot be overstated. Physical activity helps kids raise HDL (“good” cholesterol), reduce blood pressure, reduce the risk of certain types of cancer, and lower the risk of diabetes. Exercise can also improve a child’s psychological well-being by potentially helping them gain self-confidence and self-esteem. Perhaps most importantly, though, exercise can help control body weight and help protect a child against obesity – an epidemic that affected 18 percent of children aged 6 to 11 in 2012 according to the Centers for Disease Control and Prevention. The health problems for which obesity increases risk are numerous and well known: high cholesterol, high blood pressure, diabetes, bone and joint problems, sleep apnea and poor self esteem, just to name a few. Also, it seems as though things could be getting even more dire for the most obese children.

So, it’s pretty clear that kids need regular physical activity to stay healthy. But is there a connection between exercise and brainpower as well? New research from the University of Illinois at Urbana-Champaign says it’s possible.

Study Looked at White Matter in the Brain

White matter is a type of tissue found in the nervous system that is closely linked to brain function and learning. Past research has shown that more compact and fibrous white matter is a signal of better cognitive performance. White matter has also been connected to memory and attention. The team of researchers at U of I used magnetic resonance imaging to examine white matter in two dozen children aged 9 and 10. Half of the participants were physically fit while the other half were considered less fit. Ultimately, researchers found that children with a higher level of fitness also have improved structure of white matter. Previous research has indeed found similar links between exercise and brainpower, but this study is the first to show that white matter could be an indicator of such a link.

How Much Exercise is Enough?

The American Heart Association recommends that children get at least 60 minutes of moderate to vigorous aerobic activity every day. Parents should try hard to reduce the amount of sedentary activities that their children engage in, such as watching television, playing video games, using a computer or talking/texting on the phone. Also, parents that exercise can make it easier for their children by involving them in their physical activity. Children often need a role model to support them in their exercise and to provide a good example. Instilling a notion at an early age that physical exercise is fun and rewarding can make things easier as the child ages.

Exercise and Brainpower: The Bottom Line

More research will need to be done before it can be known exactly how physical activity improves brain function. However, while the link between exercise and brainpower has not yet been definitively proven in detail, this latest study shows that exercise is doing something good for the brain. And that, along with all the physical benefits, is just another reason to make sure our kids are exercising.

The full text of the study can be read here.