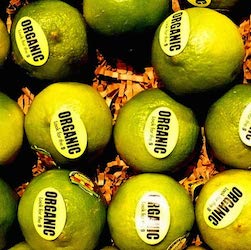 At the moment, there is perhaps no issue more confusing to the average food shopper than whether or not to buy organic. For the most part, people believe that organic foods are generally healthier and more nutritious. At the same time, several studies seen to indicate that foods labeled organic have not proven to be any more beneficial than their non-organic counterparts. To make matters worse, many consumers have incorrect notions about the term “organic,” often relating it to “local” or the ever-dubious “all natural.” In fact, one team of researchers recently conducted a study in which 23 percent of participants incorrectly assumed that produce labeled “local” indicated that it was also organic. Seventeen percent incorrectly thought that organic produce is always grown locally. Amid all this confusion, however, a new study shows that organic food may indeed be healthier.

The study, published in the British Journal of Nutrition, involved a meta-analysis of 323 other studies. The results indicated that organically grown crops have up to 70 percent more key antioxidants than non-organic crops. It’s thought that organic foods are higher in antioxidants because chemical fertilizers are not used in their production. While crops that use such fertilizers grow more quickly and often end up being larger, the study seems to indicate that the produce loses much of its nutrients during the process. Antioxidants are thought to be important for curbing the harmful effects of free radicals in the body, thereby helping to prevent cancer, stroke, heart disease and other chronic conditions.

The study also found that organic crops were four times less likely to have residue of pesticides. In addition, organic produce was found to contain 50 percent less cadmium, which is a toxic metal that can cause liver damage, kidney failure and bone problems if one is chronically exposed to it.

Not All Research Agrees

Because of it’s scale, this study could be considered much more comprehensive and definitive than previous research. However, it does not change the fact that smaller studies have found no health benefits in organic foods. A 2009 study from the London School of Hygiene and Tropical Medicine, as well as a 2012 study from Stanford medicine seem to indicate that the benefits of organic foods are not exactly worth the cost. According to the Organic Trade Association, Americans spent $35.1 billion on organic foods in 2013.