Link Found Between Sitting and Cancer 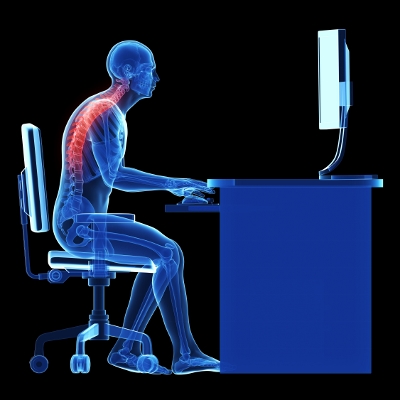 According to the Journal of the National Cancer Institute, too much sitting could lead to an increased risk of certain types of cancer. The study analyzed the results of 43 previous studies, which primarily examined how much time participants spent sitting throughout the day. It was found that too much sitting increased the risk of endometrial cancer by 32 percent and colon cancer by 24 percent. For every additional two hours that a person spent sitting, the colon cancer risk rose by eight percent, while the endometrial cancer risk rose by 10 percent.

The good news is that a link between sitting and cancer was not found when it came to breast, prostate, rectal, stomach, ovarian, testicular, esophagus and kidney cancers. The bad news is that sitting increased cancer risks regardless of whether or not an individual exercised regularly.

Watching Television Adds to the Risk

It’s no surprise that many people spend extended amounts of time sitting down. Between occupational sitting, TV watching and a continuing increase in computer and tablet usage, many people end up sitting for the vast majority of the day. Among the people who watched the most TV in the study, the risk of colon cancer and endometrial cancer was a shocking 54 percent and 66 percent, respectively. Researchers stated that the correlation between TV watching and high cancer risk likely had something to do with body weight, as watching TV often also means consuming unhealthy snacks and soda.

Cancer Isn’t the Only Risk

Sitting and Cancer: The Bottom Line

If the majority of your sitting time comes from TV or computer use, the solution is simple: cut down on the amount of time you spend doing those things and take breaks to get up and walk around. For the many people that have jobs requiring them to sit for long periods of time, the solution may take a little more initiative. For these people, cancer remains a risk regardless of whether or not they exercise after or before work.

According to the Washington Post, some of the best strategies for dealing with sitting at work include:

It’s also important to simply sit correctly. Leaning forward or slouching to look at a computer screen will no doubt lead to back and neck problems after awhile. It’s best to sit up straight with your arms relaxed and close to your sides. Making sure your lower back is supported is important, and your feet should rest flat on the floor. While they may be unconventional, these strategies could help reduce the effects of the relationship between sitting and cancer.