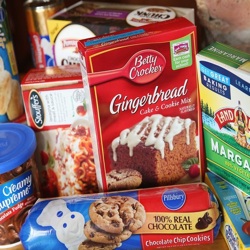 If the trans fat ban currently proposed by the Food and Drug Administration becomes reality, some of our most popular foods could see drastic changes.

The FDA is currently trying to remove trans fat’s classification as “generally recognized as safe,” or GRAS. Only ingredients with GRAS classification are allowed to be included in foods, according to an FDA spokesperson. In less than 60 days, it’s possible that the FDA will come to a final decision depending on information regarding how long it could take to phase trans fats out of the food market.

Before we talk about some foods that will change in the aftermath of the trans fat ban, let’s go over some of the most common questions asked about trans fat:

5 Foods That Will Change After the Trans Fat Ban

Many processed foods will become healthier if the FDA’s proposed trans fat ban is brought into law, but these types of foods still won’t be as healthy as those that aren’t processed at all.