The Sweetest Way to Get Your Kids to Eat Their Veggies 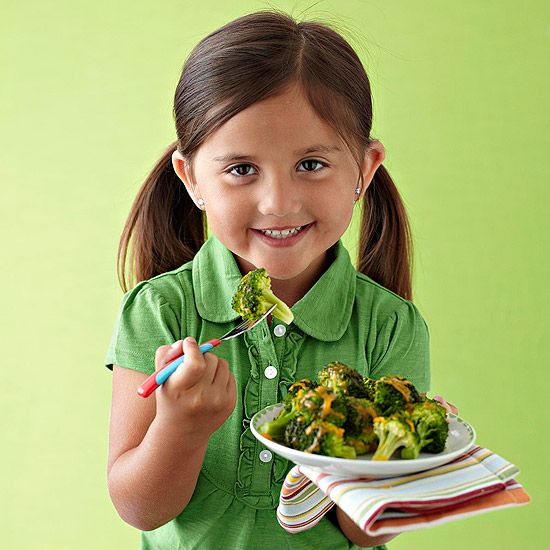 Many parents struggle with getting their children to eat vegetables. If you’re one of these parents, you’ve probably tried everything you can think of to get your kids to eat their veggies: holding dessert hostage, promising to buy them that hot new video game, threatening them with extra chores. But there may still be some effective methods you haven’t tried yet. For example, making a minor alteration to the veggies themselves may be exactly the trick you need in your arsenal.

According to a recent study by the Department of Nutritional Sciences at the University of Connecticut, just a light misting of sugar water could change vegetables from your child’s worst nightmare to a tasty treat she’ll actually look forward to eating. Researchers suggest that the tradeoff in sugar content might be worth it to instill a vegetable eating habit.

Typically, nutritionists frown on using sweeteners, but before your junk food alarm goes off, note that the researchers in this study found that only about a half teaspoon of sugar was necessary to give the veggies the kick they needed for the kids to enjoy them. That’s equal to about 8 calories, or what you’d find in a single chewable multivitamin. The sugar water was enough to dress up about three-quarters of a cup of veggies, a good amount for a child to consume in a meal.

Overall, the researchers found that the preschoolers in the study consumed more vegetables when they were sweetened with the sugar mist as compared to when they were left plain. The researchers also experimented with other flavorings – different types of salts, other varieties of sugar – but found that nothing did the trick as well as plain white sugar.

Why Some Kids Hate Vegetables

Vegetables such as Brussels sprouts, broccoli and asparagus have a bitter flavor that most people grow accustomed to over time during and after childhood. However, some people are genetically predisposed to having additional sensitivity to this bitter flavor. Misting the vegetables with sugar water doesn’t actually make them taste sweet, but rather simply hides the bitter flavor that some find distasteful, according to the researchers behind the study.

Valerie Duffy, one of those researchers, said that parents shouldn’t sweeten their children’s vegetables indefinitely. Instead, try misting vegetables with sugar water a few times in order to get your children accustomed to eating them. Once they’re in the habit of eating broccoli, Brussels sprouts or whatever’s on the menu that night, discontinue spritzing the vegetables and your children – in theory, at least – won’t notice the difference.

It’s also important to remember that it’s very normal for children to take some time to enjoy new foods. Don’t be discouraged if it takes several times, even fifteen or more times, for your child to finally learn to like an unfamiliar vegetable.

Ways to Get Kids to Eat Vegetables: The Bottom Line

If you struggle to get your children to eat their vegetables, misting the food with a very light sugar water solution a few times could improve their habits. The news comes courtesy of a study announced recently at the American Association for the Advancement of Science’s annual meeting.