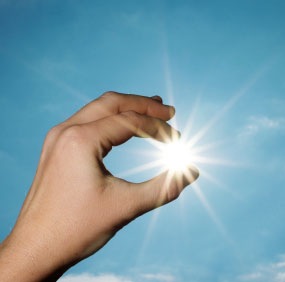 Over the past several days, we’ve talked about how people who are obese are usually vitamin D deficient as well, and how getting a sufficient amount of vitamin D in your daily diet is difficult because many supplements are inaccurately labeled in terms of dosages.

We also talked about how 75% of the U.S. population has a vitamin D deficiency, an alarming statistic to say the least. But why are vitamin D supplements necessary for so many people in the first place? The answer is that although vitamin D is available in a limited number of foods such as fatty fish, oatmeal and fortified milk, the primary source of this vitamin is the sun. At this time of year, many Americans receive no vitamin D from the sun, even when they’re outdoors. This is due to the sun’s low angle in the sky.

But why is vitamin D so important, anyhow? For one, it’s crucial to your body’s ability to absorb calcium. If you have a vitamin D deficiency, you could be jeopardizing your bone health even if you consume plenty of calcium in your diet. Vitamin D is important not only to bone health, but to preventing many types of disease as well.

The results of this vitamin D and breast cancer study were in line with one published in May 2012 in the medical journal Carcinogenesis. In this study, it was found that women with higher levels of vitamin D had a better chance of surviving breast cancer, and had smaller and more easily operable tumors as well.

Vitamin D levels could be highly influential on diabetes risk, as well. According to a study published just earlier this month in the American Journal of Epidemiology, taking a vitamin D supplement could reduce your risk of developing type 1 diabetes as an adult by half. You could achieve the same effect by ensuring that you’re getting enough vitamin D through your diet and from the sun.

Finally, the vitamin could go a long way toward fighting Alzheimer’s disease by increasing the efficiency of the immune system in clearing amyloid plaques from the brain. The researchers behind this study, published in the Journal of Alzheimer’s Disease on February 5th of 2013, also found that vitamin D in combination with omega-3 fatty acid DHA can reduce inflammation in the brain, further fighting Alzheimer’s.

Other Benefits of Vitamin D

Still need reasons to ensure you’re getting enough vitamin D beyond its specific disease-fighting properties, and the fact that it’s necessary for proper calcium absorption? Here’s one: vitamin D is extremely important to your brain’s ability to send signals to all of your other body parts. When you’re vitamin D deficient, these processes don’t work nearly as efficiently. Unsurprisingly, vitamin D is also essential to maintaining a strong, healthy immune system – so even if you’re not worried about breast cancer, diabetes or Alzheimer’s disease, you should still ensure proper levels of the vitamin in order to ward off colds and the flu.

Vitamin D is crucial for calcium absorption, immune health, and warding off diseases such as Alzheimer’s, diabetes and breast cancer, according to various studies. Unfortunately, most people don’t get nearly enough vitamin D in their diets or from the sun, calling for the use of a vitamin D supplement.