Feel Fuller Longer: What You Think You Ate Determines Fullness 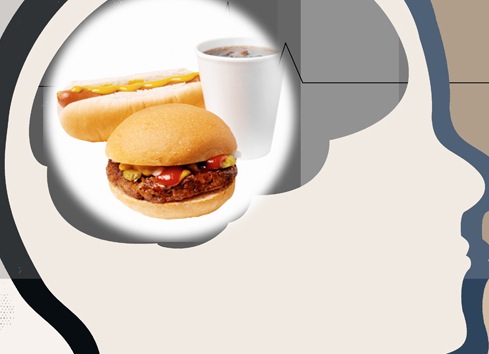 Nutritionists have long believed that most people will declare themselves “full” when they’ve eaten all the food on their plate, no matter how much food was on the plate in the first place — a belief previously proven through scientific study. Now, a new study is suggesting that people will feel fuller longer after eating a meal if they believe the meal was large.

Researchers from the United Kingdom’s University of Bristol gathered 100 students whose average age was 26. Each student was presented with either a 17-ounce or 10-ounce serving of tomato soup. However, the researchers used a hidden pump to change the amount of soup in each bowl, unbeknownst to the students. In the end, some of the students who saw a 10-ounce bowl actually consumed 17 ounces of soup, while others who saw a 17-ounce bowl actually only ate 10 ounces.

Results of the Study

The researchers eventually measured the hunger level of each participant to determine how the portion sizes affected their feelings of fullness. When measurements were taken immediately after the meal, the participants who ate the most food — not those who saw the most food — were the ones who felt fullest. Once two to three hours had passed, however, the students who saw the biggest portion reported lower hunger levels than those who ate the biggest portion, even though they’d actually eaten the smaller serving of soup. When the researchers measured hunger levels again 24 hours later, the students who ate the smaller portion after seeing the bigger portion mostly agreed that the smaller bowl of soup would be enough food.

The Psychology of Appetite

According to experimental psychology professor and lead researcher Jeffrey Brunstrom, the study suggests that people tend to remember what they ate during a meal and use that information to moderate their appetite in the future, determining if they feel fuller longer. Previous research has come to the same conclusion, according to Brunstrom. However, anything that distracts from the meal can damage this memory and lead to irregularities in appetite moderation later on. For example, if an individual watches TV while eating a meal, they’ll be less inclined to form this memory accurately and have a greater chance of overeating during future meals.

All of the research so far indicates that misremembering a meal can influence eating habits later in the day, later in the week, and well into the future if distractions occur during meal-time on a frequent basis. According to Academy of Nutrition and Dietetics spokesperson Heather Mangieri, we tend to be less satisfied when we don’t accurately remember meals. This can lead to overeating in future meals, said Mangieri. She added that one goal for people who tend to overeat is to better understand appropriate portion sizes, which may be accomplished naturally so long as meals are eaten without being distracted.

A new study by U.K. researchers confirms previous studies indicating that people tend to determine their level of fullness depending on how much food they think they’ve eaten as opposed to how much they’ve actually consumed. While this effect may not present itself immediately after a meal, it becomes more apparent several hours later.

The full text of the study is available online in the medical journal PLOS ONE.