Women are More Susceptible to Infection During Ovulation, Study Shows 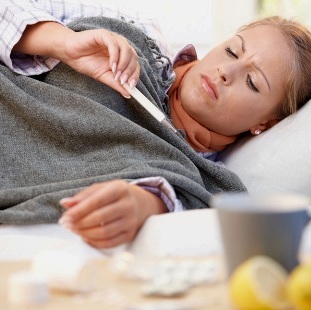 It’s been a long held belief within some sections of the medical industry that woman may be at an increased risk of contracting an infection during their menstrual cycle. A recent study conducted in Spain is adding some clarity to that notion, and explaining exactly how and why woman more are susceptible to contracting an infection during ovulation.

Essentially, the study concluded that the heightened levels of estrogen that accompany the ovulation phase of the menstrual cycle reduce the overall effectiveness of the immune system. It is believed that during this portion of the menstrual cycle, in which the ovaries produce the leukocyte to be fertilized and allow pregnancy, the female body displays a slight decrease in immune system strength, most likely to increase the chances of the sperm’s ability to fertilize the egg.

How Does the Menstrual Cycle Ovulation Phase Affect Woman?

Ovulation occurs directly in the middle of a woman’s menstrual cycle. As ovulation is occurring…

According to Miguel Relloso, the lead author of the study conducted by Madrid’s Compultense University, the weakening of the immune system prevents the female reproductive system from neutralizing sperm, allowing the woman to become pregnant. Meanwhile, the body is more susceptible to infection during ovulation due to the lowered activity of the immune system.

In the past, scientific evidence had already pointed to a connection between ovulation and an increased chance of infection. It was discovered that estrogen, a hormone that reaches heightened levels during ovulation, was responsible for weakening the immune system and making the body less able to combat bacteria, viruses and other pathogens that directly invade cells.

What scientists couldn’t previously explain was why ovulating women were also more susceptible to fungal infections, which do not invade cells directly. Therefore, the Spanish researchers believed that there must be more to the puzzle than just estrogen.

As such, Relloso and his colleagues decided to study the relationship between estrogen and the immune system in mice. Female mice were injected with estrogen and then exposed to Candida albicans, a type of fungus known to lead to genital yeast infections. The researchers’ predictions were confirmed when the mice with higher estrogen levels developed yeast infections more frequently than mice in the control group.

Meanwhile, the researchers discovered that the mice with higher levels of estrogen also had lower levels of Th17, a molecule important to the normal operation of the immune system. This is because estrogen interferes with cells that produce Th17.

Why is this Research Important?

According to Relloso, research studying the interplay between estrogen levels and the immune system is important because it could help medical scientists develop new treatments for battling pathogens. Some believe that this type of research could eventually result in a drug that would boost immunity to HIV.

According to Susan Kovats, a researcher at the Oklahoma Medical Research Foundation who was not involved with the Spanish study, woman are more likely than men to contract autoimmune diseases, further adding to the argument that estrogen/immune system research is particularly important to female health.

Kovats did find one problem with Relloso’s study. She said that in the study, researchers treated mice with continual, large doses of estrogen, creating a scenario that hardly mimics the biology of an actual human woman. Still, she felt that the study was valid in terms of its findings regarding the relationship between estrogen and the Th17 molecule.

Infection During Ovulation: The Bottom Line

For this reason, it’s important to pay special attention to personal hygiene, such as hand washing, when you’re ovulating. Ovulation occurs directly in the middle of your menstrual cycle.

3 Responses to Women are More Susceptible to Infection During Ovulation, Study Shows